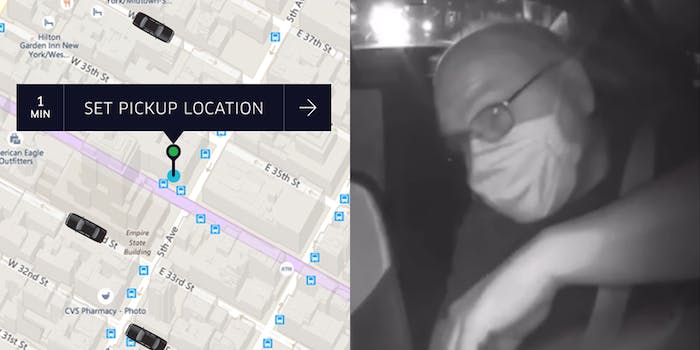 ‘Uber Karen’ gets her trip canceled because of her bad attitude

'Welp, there's a first time for everything.'

In Virginia, “Uber Karen” gave an Uber driver attitude and got her trip canceled.

In a classic case of a Karen making a mistake, not owning up to it, and then being surprised at the negative outcome, the woman first ordered the Uber from the wrong location. Lawrence, the Uber driver, pulls up to an address indicated by the pin that she admits to putting down indiscriminately.

Subsequently, he lands at a nearby Manassas, Virginia restaurant called Carmello’s, instead of the sister restaurant, Monza, which is around the corner.

She talks to the Uber driver as if he had made a mistake, and he responds that “he can’t read minds.” She takes that stance as attitude and asks him if he’s “in a good mood” and “if he’s going to get (her) home safely.”

She then continues to reiterate her own mistake. Like every other rider paying for the service, she had one job: Dropping in the right location for pick up.

They get into a back-and-forth argument, where she claims her mistake as non-consequential. The driver tells her he’s “done” and that the ride is being canceled.

The Karen, shocked, says the driver is obliged to get her home, completely misunderstanding Uber’s two-way transactional relationship. He reiterates the cancellation, and he claims she will call the cops.

“Honey, I am the cops,” she says. He laughs it off; she walks away.

The most satisfying part of the argument was ‘Uber Karen’ trying to explain why she should get her way. She declares: “You the first person in the history of time that has even been upset with me, Lawrence, for being in the wrong place at the wrong time.”

After a short pause, he quips, “Welp, there’s a first time for everything.”