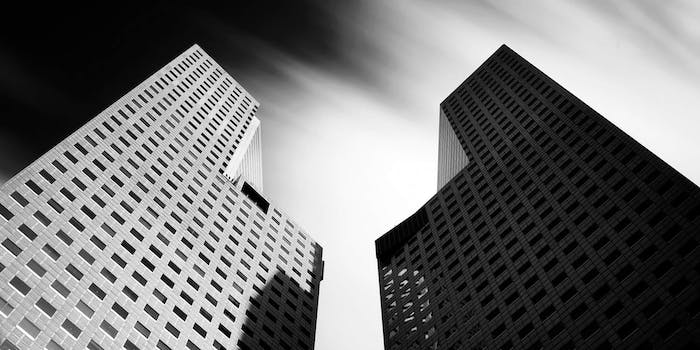 It's happening with your permission, even if you don't realize it.

Although George Orwell may have predicted Big Brother, he likely never imagined it would be so voluntary.

Despite the impressive amount of data collected by the National Security Agency under their mass surveillance programs against our will, the government can not compete with the massive troves of data in the server warehouses of Google, Facebook, Amazon, and hundreds of other private companies most have never heard of. Even though this may frighten the average person, this surveillance economy couldn’t exist without our expressed consent, a powerful thing we give these companies without even realizing it.

Our apparent willingness to be spied on by companies has attracted the interest of actual spies. In a stunning report from the Office of the Director of National Intelligence (ODNI), the intelligence community lays out a five-year roadmap to overcome some of the most pressing technological roadblocks facing our nation’s spies and their private sector partners.

This surveillance economy couldn’t exist without our expressed consent, a powerful thing we give these companies without even realizing it.

In an interview with Nexgov about the report, ODNI’s director of science and technology David Honey spoke openly about working with tech companies like Uber—to better emulate the way they track and predict customer (and driver) actions. “If we can leverage those kinds of tools,” Honey told Nexgov, “maybe we gotta adapt them a little bit, but that certainly beats having to go and pay for those things from scratch.”

One portion of the report, a flow chart titled “Enhanced Processing and Management of Data From Disparate Sources,” lists every logistical and analytical problem intelligence agencies hope the private sector can help them with. They range from the completely understandable (“geospatial analytics,” “data structures for optimized searching”) to the somewhat ludicrous (“photonic computing,” “immersive virtual world user experience”).

Private sector assistance is not a new aspect of intelligence—the ACLU has published a report on the “Surveillance Industrial Complex,” which has profited handsomely from mass surveillance in far more countries than the United States. Companies like Booz Allen, former employer to NSA whistleblower Edward Snowden, have become a new destination for promising young hackers and spies. In fact, the growth of private sector spying has grown so quickly it’s caused a “brain drain” at the Central Intelligence Agency, which has seen 91 of its upper-level managers leave for the non-government jobs over the last decade.

However, what is new about Honey’s comments and ODNI report is the open emphasis on consumer brands providing assistance to intelligence agencies. Typically, any company the NSA or the CIA asks for information will hand it over with few complaints or problems—but typically would not alert the public. When news of the NSA’s expansive PRISM surveillance program broke from Snowden’s initial leaked documents, Apple, Google, Facebook, and many other companies denied having ever heard of the program or voluntarily giving information to the government.

In fact, the growth of private sector spying has grown so quickly it’s caused a “brain drain” at the Central Intelligence Agency.

But the brands we know and love continue playing coy, in an effort to keep consumer outrage at bay. However, the New York Times reported that many social media companies seemed eager to spy on Americans for the expressed purpose of benefitting the real spies in Fort Meade. Google and Facebook, for example, went so far as to propose a secure “portal” through which they could digitally pass on user information directly to the NSA—a fast lane for violating their user’s privacy. As Mother Jones put it in late 2013, “Where does Facebook stop and the NSA begin?”

As Honey suggests, however, the kind of help the ODNI is looking for from this report is not direct user information, but the means to be better spies, something private companies know all too well. National intelligence director James Clapper has previously described the unexpected difficulty of finding terrorists through the social media stew, specifically recruiters for and supporters of the self-proclaimed Islamic State. Clapper expressed frustration to a security forum at the Aspen Institute over the lack of “signature” left by terrorists in their tweets and Facebook posts.

To beat that system, Google has funded a Stanford and Cornell study attempting to build an algorithm that could find and locate trolls, analyzing millions of online posts to attempt to find telltale clues of abusive behavior.

As Mother Jones put it in late 2013, “Where does Facebook stop and the NSA begin?”

Such a tool would aid intelligence honchos like Clapper, many of whom remain concerned about online ISIS recruitment, among other areas of perceived vulnerability noted in the ODNI report. Of the more worrisome things on the wish list of the nation’s spies is improved ability to identify so-called “moderator bias” in online forums.

It appears as though the ODNI is hoping to find (and silence) all but the most neutral of mods and admins, but their fears are not so unfounded. Russia, in particular, has spread nationalist advocates all over the Web to defend Vladimir Putin and his actions in and outside of Russia—purportedly to wage a war of propaganda through social media. That’s where the tech scene in Silicon Valley, home to all the apps we love, could serve as a conduit to spying programs.

If the intelligence community hopes to face potential security challenges, then it makes sense—from a strategic point of view—to ask for help from the best spies the world has ever known. Social media companies have our unwavering devotion, even though the entirety of their business models are often based on spying on us. If the government had as much access to the information we willingly give social media platforms, we’d likely be horrified.

But that doesn’t stop officials like Honey, who says he wants Uber’s scheduling algorithms. Is it all that unreasonable the ODNI could also be interested in the company’s “God Mode,” a live map of all Uber passenger movements accessible by anyone in the company? Probably not. But that doesn’t make the prospect any less terrifying.

If we knew the U.S. government had an active, loosely secured database of all of our actions, we would collectively flip. In fact, we’ve already shown how we truly feel. When Snowden unearthed the PRISM program, public support for the NSA sank from a supportive majority to a majority in opposition, with more than a third of Americans saying they’ve taken action to avoid government spying.

While we treat the corporate spying by companies like Facebook and Google as an inevitability, we’re only a breath away from the government approaching these companies to learn from the best.

Photo via nathanhayag/Flickr (CC BY ND 2.0)