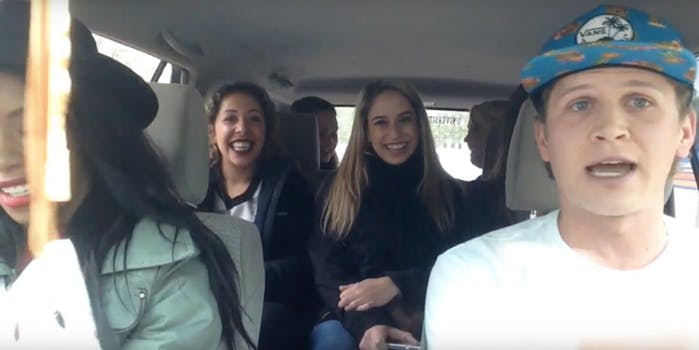 That's one way to flirt.

We all wish this guy was our Uber driver.

Musician Dylan Montayne picked up a group of ladies while on the clock for the ride-sharing app. He wanted to show off his rapping skills, but apparently his passengers didn’t believe that he could spit some mad game.

The women all have giddy/skeptical smiles on their faces before Montayne breaks into verse. But just a few seconds into his rap, it’s clear they’re pretty darn impressed.

Whether it was some good ol’ fashion flirting, or just a way to promote his music, Montayne sure made the ride way more enjoyable.