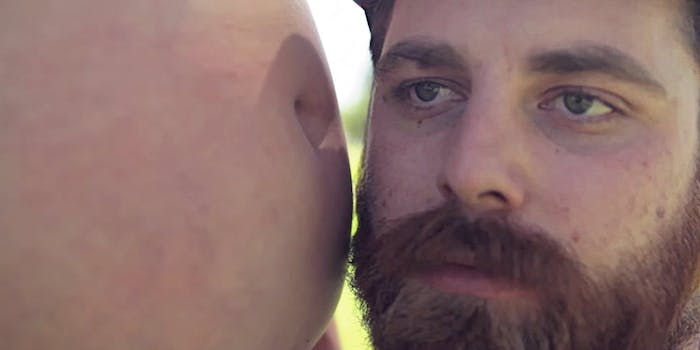 Get in my belly!

A hamster eating a tiny burrito, a grandmother who makes penis crafts, and a Japanese Super Nintendo climbing Mt. Fuji. These are Internet oddities that you didn’t realize you wanted to see until the Web showed you. However, two white guys playfully touching each other’s tummies for an hour is not one of those things.

Yet, two grown men rubbing their stomachs is something that exists. More surprising than its existence however is the production value that went into crafting this belly bonanza. The video begins with gut wiggling, jiggling, and gyrating to produce a range of expertly executed sounds, but quickly turns into a vessel for showcasing the ’90s standup skills of David Spade. You’re gonna have to watch this one to see what we mean.