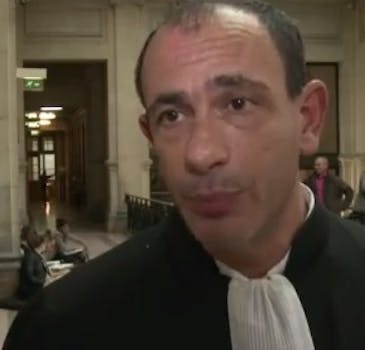 Despite legal action, Twitter won't yet hand over the personal information of users behind #unbonuif ("a good Jew") and #unjuifmort ("a dead Jew").

Twitter is not handing over the personal information of users who posted anti-Semitic tweets just yet.

At a hearing in Paris Tuesday, Twitter’s lawyer Alexandra Neri said since the data in question was stored on servers in the U.S., Twitter would need approval from the American judicial system before turning over the information.

In October, Twitter promised to remove inflammatory tweets bearing the hashtag #unbonjuif (“a good Jew”) and #unjuifmort (“a dead Jew”). The tweets continued despite the threat of legal action.

The Union of Jewish Students of France (UEJF) and the group J’accuse—action internationale pour la justice filed suit against Twitter over the incident in November, as it wants the people behind those tweets to be held responsible for their actions in court under France’s tough anti-hate-speech laws. The UEJF also called for a reporting form to more quickly identify tweets that break French law.

The question of U.S.-based companies being subject to laws in other countries is complex. Neri reportedly suggested Judge Anne-Marie Sauteraud was not “competent” to respond to such questions

Twitter’s counsel suggested Sauteraud should decline jurisdiction. The suggestion was made that the judge either issue letters rogatory (a formal request from a court to a foreign judiciary) to obtain the data or that the case continue through a process whereby any judgement by a French court would have to be ratified by a U.S. judge. The notion that this would be a long, costly process was raised, with concerns that the process would face disparity given the differences in freedom of expression on both sides of the Atlantic.

UEJF lawyer Stéphane Lilti suggested that Twitter has a commercial interest in protecting the anonymity of its users. Others at the hearing claimed Twitter was taking refuge under the First Amendment. Indeed, Twitter has a history of protecting its users’ privacy, as evidenced in the protracted case in which it fought to keep the deleted tweets of Occupy Wall Street protestor Malcolm Harris out of the court system. In the first six months of 2012, Twitter complied with 63 percent of requests for information on users—and zero from France.

Meanwhile, Neri rejected the notion of a dedicated reporting form, claiming that the existing reporting system works. Litli, however, claimed it was “not suitable for reporting racist or anti-Semitic” remarks.

Sauteraud will make a decision by Jan. 24.

Photo of Stéphane Lilti via afpfr/YouTube