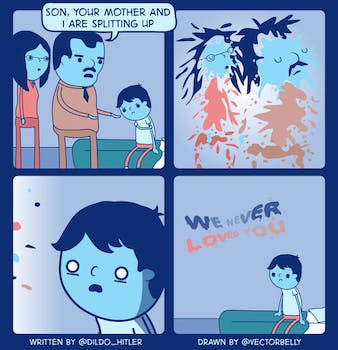 TwitterTheComic does what it says on the tin. By taking individual tweets and turning them into four-panel strips, artist Mike Rosenthal (a.k.a. Vectorbelly) has created an appealingly surreal new webcomic.

Because the tweets are quoted verbatim, typos and all, TwitterTheComic has a uniquely Weird Twitter feel to it — although its many co-authors would probably deny that such a thing even exists.

The comic has just been submitted to Chronicle Books’ contest to publish a Tumblr page as a book, and seems like an ideal choice to win. Wholly reliant on a familiarity with the ephemeral weirdness of Twitter humor, TwitterTheComic couldn’t have thrived anywhere but Tumblr, where Homestuck jokes and bite-sized uncapitalized text posts regularly receive thousands of comments and reblogs. 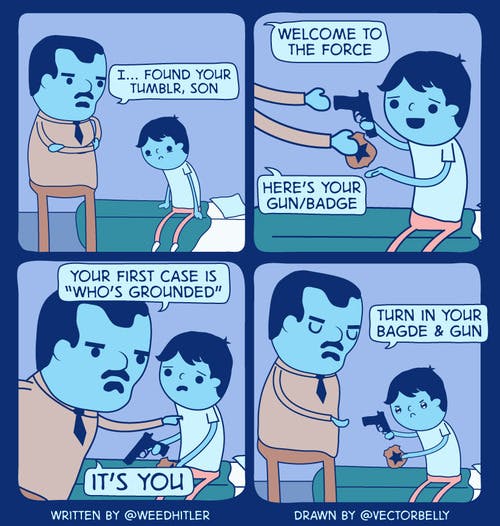 Despite being “written” by a different person each time round, TwitterTheComic does feature some recurring characters, including socially awkward goatee guy and cynical hipster Twitter girl: 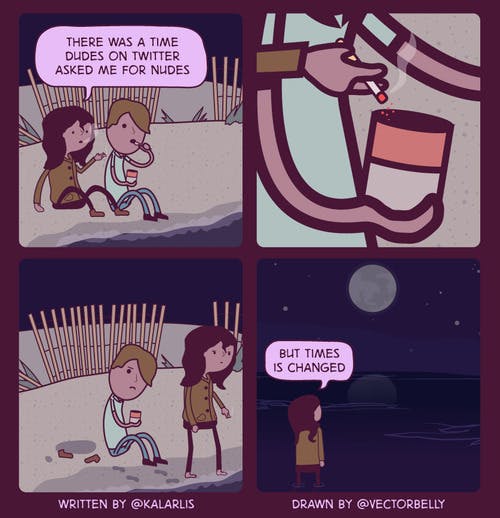 Speaking to the Daily Dot, Rosenthal explained what led him to draw for some tweets and not others:

“Much of what I draw would be considered Weird Twitter, but in my mind, the weirdest parts of Twitter are the things I don’t draw. People tweeting about their lunch and unironically using hashtags to join some corporate-sponsored conversation—that’s too weird for me. But @McDonaldsCorp blocking the third grader @urfavoritejoel for asking if “corp” stands for “corpses,” followed by an online protest and eventual apology from McDonald’s—that’s the only thing I understand on this site.” 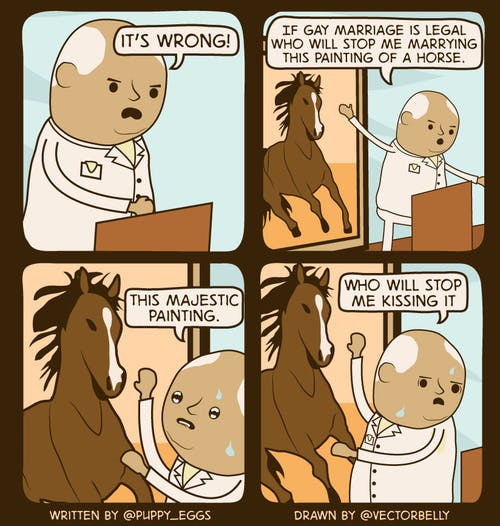