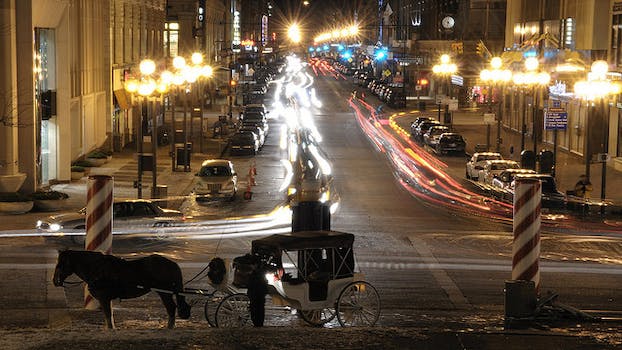 An Indianapolis marketing firm is monitoring tweets for signs of distress.

As somewhere between 100,000 and 150,000 people descend on Indianapolis this weekend for Super Bowl XLVI, most will be new to the area. (It’s the second-most-popular Midwestern tourist destination, really!)

Raidious, a marketing company in Indianapolis, has opened up what they call a Super Bowl Media Command Center for the event.

If you tweet about Indy, Raidious employees are on it.

“We listen to what’s happening on the Internet through keyword monitoring,” Taulbee Jackson, Raidious’s president and CEO, told the Daily Dot in a phone interview.

“When we find different words or phrases that are related ot the keywords that we’re looking for, we can identify a person who might need help navigating the city, or who might need more information about what time an event starts.”

This means fans who are new in town don’t need to even be aware Raidious exists. If they’ve enabled their Twitter account to include location data, and they casually send a tweet of frustration, Raidious can pick it up and try to help.

Take, for example, parking, which gets increasingly unmanageable as the big game nears.

“We monitor that keyword within 50 miles around Indianapolis,” Jackson said. “If we see people talking about parking and we can identify they’re here for the Super Bowl, we can respond to them and say, ‘Here’s an interactive parking map.’ It’s in real-time, based on how full the parking garage is.”

Tweets come from @SuperBowl2012, the Indianapolis event’s official Twitter account. Jackson is on the Super Bowl host committee, so he’s volunteering Raidious’s services for free. Here’s the kind of interaction the effort’s already kicked off:

“Need to find something to do this weekend i wanna go downtown and get on the zipline,” tweeted @OneOfaKind_017.

“The zipline is located on Capitol Avenue. Tickets are sold daily and cost $10.00,” @SuperBowl2012 tweeted back.

The Command Center staff is helmed by between 8 and 15 people at any given time, and will have more hands on deck as Sunday approaches. Since Raidious has only 16 employees, it’s also gathered 30 volunteers from around Indianapolis.

“[Raidious is] not getting paid for this,” Jackson clarified. He added that he hopes the company will define a new model for using social media to help people who have gathered for other huge events, like other sports’ championships and the Oscars.