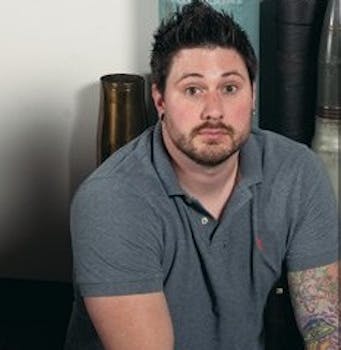 Twitter-famous comedian Matt Parise, a.k.a. SucittaM, got help from friends and celebrities on Twitter after his wife suffered a brain hemorrage and a small stroke.

Twitter‘s capacity for positive change came to the fore again as the community rallied behind the family of a woman stricken by a brain hemorrhage and small stroke.

Matt Parise, a.k.a. @sucittaM, is a popular figure on Twitter, regularly entertaining around 35,000 followers with his jokes. But in early February, he shared a very serious note explaining what happened to his wife:

“On Wednesday, January 30th, my wife Danielle suffered a cerebral arteriovenous malformation (AVM) rupture. She was immediately taken to the University of Iowa Hospitals where she underwent neurosurgery to relieve pressure on her brain. In second surgery, the artery that fed blood to the AVM was successfully stopped and Danielle has since minimally responded to commands to move her feet and hands and eyes. It will be a lengthy recovery process, but we are very optimistic that Danielle’s condition will continue to improve. We will update as we can, and appreciate everyone’s love, prayers, and support.”

Doctors said Danielle, who was just a couple of weeks from finishing nursing school, is doing better than expected. While she isn’t speaking, Matt told the Chicago Tribune he thinks she’s aware of what’s going on.

With friends and family pledging their support, Matt, a graphic designer, set up a donation page to help cover care costs. It wasn’t just those who’re related to the family who helped though—the Twitter community has also rallied behind the couple.

Followers began donating money, and others set up an auction site on Tumblr. Some of Matt’s famous followers chipped in.

Blink 182’s Mark Hoppus offered a bass guitar signed by the band, and it sold for over $10,000. Modern Family executive producer Danny Zuker donated a cast-signed script. Writer Caprice Crane is giving one bidder the chance to name a character in her next book. Eli Yudin and Carey O’Donnell, the guys behind prominent Twitter parody @NotTildaSwinton, offered a signed copy of their book. Comic Jenny Johnson donated the Madonna T-shirt seen in her avatar.

“People just started saying, ‘I can get you this if it helps, I can do this for you,'” Matt told the Tribune. “It has been unreal.”

Danielle, 29, is at a brain injury rehab facility in Ankeny, Iowa, and Matt’s with her every day. Doctors believe “she’ll do well” because of her age, though it’ll take some time.

Matt will surely be by her side the whole way, with the support of thousands of friends brought together through laughter.