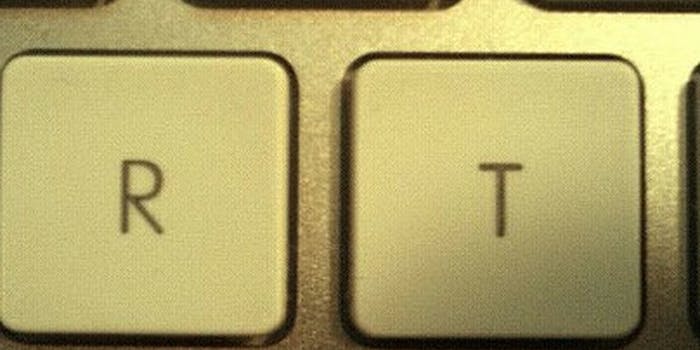 Now you can know exactly how many people shared your pithy review of the Girls season finale.

Whether you’re Justin Bieber or a regular user, the number of retweets you got all looked the same after one of your posts was shared more than 50 times. Twitter previously topped out at “50+” for favorites and retweets.

That’s all changed, though. You can now see these precise numbers on both the Twitter website and mobile apps.

This will certainly prove useful to brands and celebrities trying to determine exactly how popular one of their tweets is. Though it was possible to see the exact numbers of retweets and favorites through third-party Twitter apps, Twitter’s latest move makes it easy for everyone to do so.

The change is retroactive, so if a tweet you sent about a cute thing your dog five months ago had more than 50 retweets, you’ll now be able to see the exact number.

It might turn Twitter into more of a game, as friends vie to see who can get the most retweets and favorites when tweeting about a specific topic.

There is one slight drawback in that old-school retweets (Those beginning “RT @username”) still won’t be shown in the retweet count. Overall, though, it’s a good way to see how effective your tweets are in the Twitter community and just how many people have shared your pithy review of the Girls finale.