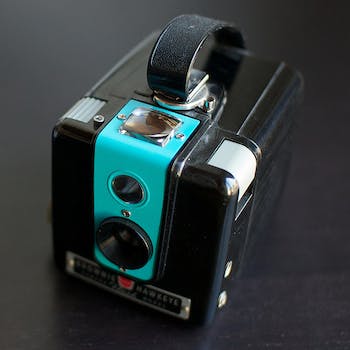 A judge has ruled that photos can't just be lifted from Twitter users' pages, but apparently embedded tweets are in a convenient loophole. What to do?

Lately it’s seemed like pictures are worth way more to people than a mere 1,000 words.

In a time when folks are still on edge about Instagram’s terms of service and Facebook has made it easier than ever to dig up photos you thought were long buried, the last thing we all needed was a controversy over photos on Twitter. And yet…

Last week, Agence-France Press (AFP) and The Washington Post were dinged by a Manhattan district court judge for using photos they had scalped from Twitter. They argued that, since Twitter is allowed to post a “reproduction” of a user’s photo, they should be able to too. The judge disagreed.

But what about embedded tweets?

After the ruling, BuzzFeed’s John Herman reported: “Twitter tells BuzzFeed that embedded tweets — that is, tweets that are embedded into the site using Twitter’s official embed tool — fall under Twitter’s reposting rights, as outlined in its terms of service.”

Indeed, Twitter’s terms of service indicate that posting a photo grants the company “a worldwide, non-exclusive, royalty-free license (with the right to sublicense) to use, copy, reproduce, process, adapt, modify, publish, transmit, display and distribute such Content in any and all media or distribution methods.”

In other words, if AFP were to embed a tweet using Twitter’s embed tool, it wouldn’t be publishing the photo per se, but rather utilizing Twitter, which has a standing agreement with the user for display of that photo.

In the end, it is still the unremunerated use of a photograph owned by another, without securing the owner’s permission, by a for-profit company. Twitter doesn’t care, given that it seems to accord with its TOS, but the photographer still hasn’t agreed to a relationship of any sort with the media company.

And it doesn’t matter.

Upon reviewing Twitter’s terms of service, Mitch Stoltz, staff attorney at the Electronic Frontier Foundation, told the Daily Dot that using Twitter does in fact give the world permission to embed your photo. So what can you do?

“The solution, as far as the law goes, is not to post images to Twitter if you don’t want them embedded elsewhere—instead, maybe host your images on your own site, with your own more restrictive terms of service, and tweet a link to the image rather than uploading the image to Twitter. Then Twitter’s TOS would not apply to the image.”