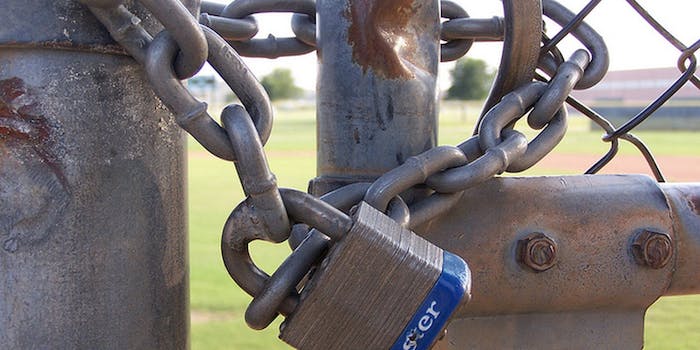 An attorney for the anonymous Twitter user who parodied a UK newspaper CEO has filed a motion to keep his client's identity under wraps.

Twitter will not reveal the personal details of the person behind a parody account Wednesday, after the man’s lawyer filed a motion to quash a subpoena asking the company to do so.

Last month, U.K. newspaper firm Northcliffe Media Ltd., a Daily Mail subsidiary, filed a subpoena at a California court in a bid to discover the identity of a man parodying its CEO, Steve Auckland, on Twitter. It also filed a complaint seeking a jury trial against the spoofer, alleging libel and hacking charges.

A motion to quash the order was filed Tuesday by a California lawyer working for the man on a pro-bono basis.

In the motion, viewed by the Daily Dot, attorney Frank Sommers claimed the subpoena “fails to meet the First Amendment requirements imposed on litigants attempting to use the discovery process to obtain identity-related information regarding anonymous online speakers.”

Specifically, he wrote that those seeking to uncover the identity of anonymous critics need to “demonstrate a compelling need for such identity-related information” under the First Amendment.

Sommers contested the court’s jurisdiction over the case. Legal counsel for Northcliffe suggested it fell under the jurisdiction of Northern California, as the defendant’s tweets were apparently shared with the world via Twitter’s servers in the region. Sommers also wanted the complaint to be dismissed.

“[The] complaint is devoid of a single quotation from the allegedly defamatory tweets, or a single evidentiary fact to support its additional causes of action for ‘hacking’ or ‘impersonation,’” wrote Sommers, a fact he called “disturbing.”

The fact that the complaint did not quote any tweet by the defendant “requires the subpoena to be quashed,” Sommers argued, since it did not cite “the specific allegedly actionable speech.”

Sommers noted that he became aware of the defendant’s case through a news article, and subsequently offered his services. He added, “I have been unable to find any website that lists this controversy in terms of someone being deceived that any of the Twitter usernames listed in the subpoena are anything other than a satire on Mr. Auckland.”

Legal documents from the case are available to view at the Daily Dot’s Scribd account.

The judge presiding over the case set a hearing for Sept. 6, during which Sommers “will be vigorously contesting all the charges laid against me,” the defendant told the Daily Dot.