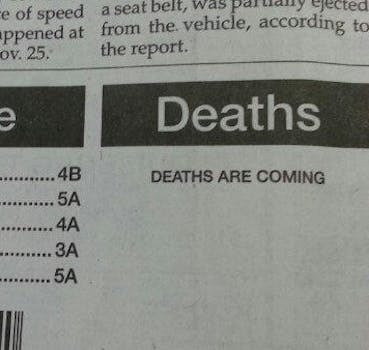 The Tweekender: Do celebs actually use the products they promote?

A look at how Twitter is outing celebrities who endorse products they don’t actually use, and more twitter news and stories from the past week—in 140 characters or less.

The week’s best new accounts: Ahead of a United Nations vote on its status, Palestine started an account to call for peace. Former U.K. Prime Minister Tony Blair started tweeting about his work on about European issues.

Photo of the week: A newspaper gave a stark warning to readers in its obituary section when it forgot to add the names of the people who’d died. (@AndrewBloch)