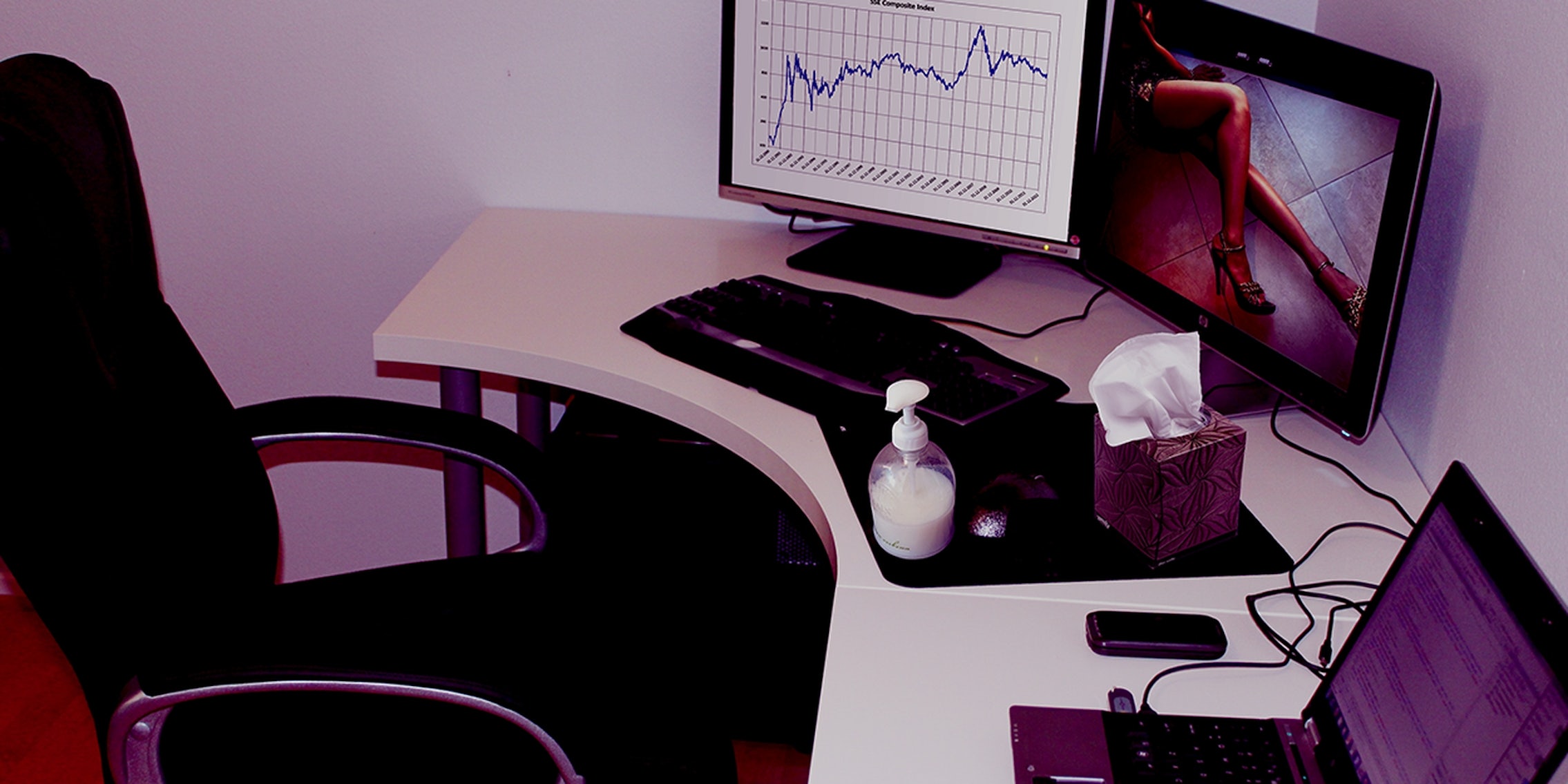 Rory Patrick's journey is what modern day Twitter history is made of.

Paul Bunyan cleared forests with a single swing of his axe, John Henry beat a steam-powered hammer on the railroad, and Rory Patrick didn’t have an orgasm for 100 days.

When Twitter’s story is told my name shall be written in gold letters.

Patrick began his journey to the pantheon of American folk heroes humbly enough, announcing to his Twitter followers that on April 5, he would be abstaining from sex and masutrbation for the next 100 days.

At times, things seemed dire, but spurred by the support of others, he stayed strong.

Just got a snapchat from a babe in lipstick eating peanuts with the caption #rory100 and now I need a cold shower.

A fourth of his way through the hundred-day journey, he tweeted out a photo of himself making the signature Hunger Games salute of support. That  three fingers salute soon became a sign of solidarity when it came to his no fapping challenge.  “It let me know people were thinking about me and kept me honest,” he said.  “I didn’t want to ruin it one night because I was stressed about work and needed to rub one out,” he told Vice.

Out onto my balcony, arms spread into the sunlight, I embrace life. My journey’s now 1/4th complete. Onward. #rory100 pic.twitter.com/jLFKYdu9Fp

Seems like ages ago I was starting out on #rory100 & my boy @pants ran the first week w/me. Now only a week remains. pic.twitter.com/46sCIqKTaW

Day before @beehivesy goes on her 3 day run w/me 2 finish #rory100 🙏 Bless all that’ve gone w/o w/me on this journey. pic.twitter.com/0anEQECUmj

He teases me but @ChrisThayerSays has been a rock of support since week 1. Sending him 💛 w/only 2 days left. #rory100 pic.twitter.com/fu9tjj7P7K

With the support of the Twitter community behind him, the days past quickly. Soon 100 days were coming to an end and soon Patrick would as well. He prepared himself for the glorious moment of self embrace, physically and mentally. He watched the World Cup final with a friend, cleaned his apartment, exercised, went for a bike ride, and met some friends for a drink before midnight to celebrate the occasion.

After the clock struck midnight, Patrick began his stroking. Knowing how special this moment would be, his roommate had given him the place so he could be “as loud as I needed to be.” About the glorious moment, he shared:

I remember shaking deeply in my core like I hadn’t felt before, and then I proceeded to finish all over my chest with a fury I haven’t felt since I was in middle school. The orgasm reverberated throughout the room for at least 20 minutes.

And just like that, a modern day folk hero was born.

Patrick says the 100 days have taught him to handle his stress and anxiety in healthier ways. His apartment has never been cleaner and his body has “been getting a bunch of use outside of my cock for the last 100 days.” He plans to embark on another 100 day journey in the future. Until then, Rory Patrick, we salute you.

H/T BuzzFeed | Photos by lovemaegan/Flickr and brendan-c/Fickr (CC BY 2.0) and Wikimedia commons | Remix by Max Fleishman