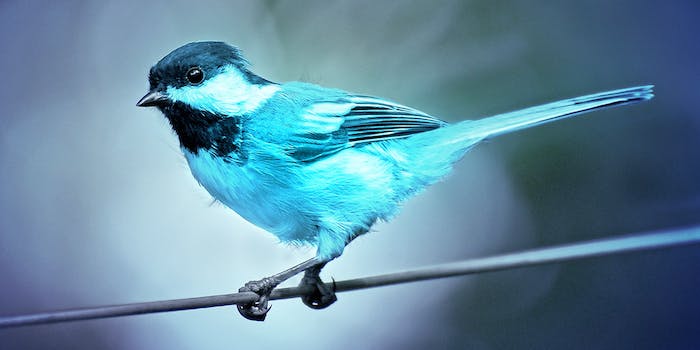 Twitter is changing—but not in the way you think

The hysteria may be premature.

If Shakespeare wrote that brevity is the soul of wit, that’s also true of Twitter, a platform that forces users to be creative communicators by working within those narrow confines.

Instead of saying everything—as you might see in a rambling Facebook post—users are forced to say one thing effectively.

A recent report from the tech blog re/code suggested that CEO Jack Dorsey is killing the social media platform’s 140 character limit, expanding those restrictions to include tweets up to 10,000 characters.

Many Twitter users are up in arms about an onslaught of 10,000 character tweets filling their feeds (the reaction on the #Twitter10K hashtag has been dyspeptic, to say the least). The hysteria over these reports may be premature.

As Slate’s Will Oremus explains, very little about the user experience will change. “Twitter is currently testing a version of the product in which tweets appear the same way they do now, displaying just 140 characters, with some kind of call to action that there is more content you can’t see,” he writes. “Clicking on the tweets would then expand them to reveal more content.”

Dorsey himself has yet to confirm the report, but it’s likely Twitter isn’t doing away with simplicity. Instead they’re following platforms like Facebook and Snapchat by embracing native content. This might be of little concern to most Twitter users (you’ll likely notice little difference), but it’s actually very, very bad news for publishers rely on Twitter to drive traffic, especially after a year filled with bad news. In November, Digiday reported that referrals from Facebook—the largest engine of pageviews for nearly every site across the Web—crashed by 32 percent over the course of 2015.

This is not just due to changes in the platform’s algorithm but also the company’s mindset. In 2015, the largest social media website in the world announced that it would be allowing publishers to post their content directly to the platform, cutting out the need to travel offsite at all. This push is likewise exemplified by Twitter’s recent addition of its new Moments feature, which highlights “top” posts of the day for its users. As TechCrunch’s Josh Constine reports, Moments “assimilates the content of tweets it aggregates on mobile but hides the vital link back to the publisher’s website without users even knowing.”

As I’ve previously written for the Daily Dot, social media sites like Facebook and Twitter have been moving toward becoming “one-stop shops” for users for years. Facebook wants to make sure you never have to leave. By integrating a messaging service (similar to AIM in the early 2000s) and email, Facebook has become a daily news digest, mobile supermarket, and communication hub; its goal isn’t just to be a social media platform but to be the only platform you need—by making separate services like Skype or even a traditional phone call obsolete. Facebook has even integrated hashtags into status updates, the trademark octothorpes which have long been Twitter’s signature feature.

Twitter is pushing to become a destination for the Internet, rather than simply a referral or a signal boost for other websites.

Twitter is likewise pushing to become a destination for the Internet, rather than simply a referral or a signal boost for other websites. Whereas Facebook users often linger on the service—idly flipping through photos—users have little incentive to linger on Twitter in the same way. That means they not only check Twitter less but spend about half as much time on the site: Whereas 70 percent of Facebook users log on at least daily, only 36 percent of Twitter users do. If the average user logs 22 minutes on Facebook, they’re on Twitter for just 12 minutes. That’s a huge engagement gap to conquer.

There’s a reason Twitter is falling behind: It’s primarily a text-driven medium, which is both a blessing and a curse. It’s made the platform highly influential among a niche group of already engaged consumers—the platform of choice for writers and journalists—that has historically limited the platform’s audience. With 1.5 billion (and counting), Facebook is continuing to grow in a fairly linear progression, but Twitter has flatlined at around 300 million users. To continue compete with Facebook—and emerging apps like Snapchat and Kik—Twitter needs a new business model to keep users coming back (or from ever clicking away).

Strategies like Twitter’s expanded characters feature are likely to become the norm on a platform desperate to keep up with the Joneses, meaning that social media-driven publishers will likely continue to see their traffic erode. If there’s any silver lining from #Twitter10k, however, it’s that Twitter has always relied on quality of traffic, not quantity. In 2015, the Atlantic’s Derek Thompson reported what many publishers already knew: Little of their social media flow is being driven by Twitter. Research shows that the service drives less than a 1/15th of the traffic Facebook brings in, even ranking below Pinterest in referrals.