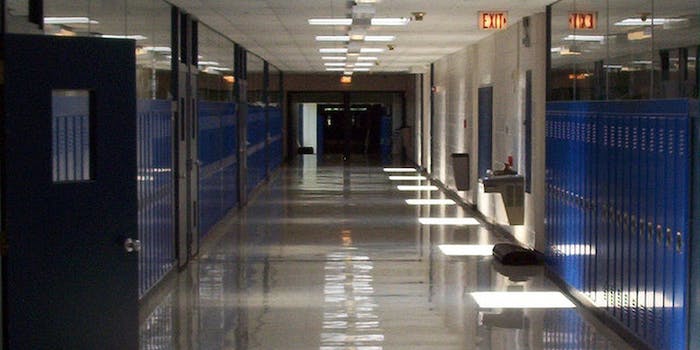 A bullied student threatened to take matters into his own hands.

On Wednesday night, a 15-year-old Texas boy posed as a girl on Twitter, authorities say, and began divulging details of a plan to bring a gun to school the next day, apparently as revenge for having been bullied for the last five years.

The boy, who lives in a suburb of Houston called Deer Park, was arrested early Thursday morning, and charged with exhibition of a firearm, according to the Deer Park Police Department. They believe the boy might be a ninth grader at Deer Park High School’s North Campus, since one of the tweets included a photo of a student at that school.

His tweets, which came from the account @gorgeousgirlsof, illustrated a troubling plan: To bring a gun to school, shoot anyone “who ever fucked with me,” and then turn the gun on himself. 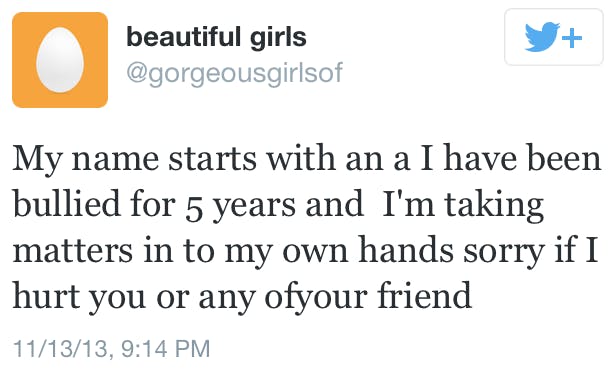 Lt. Earl Morrison of Deer Park police said authorities were able to trace the IP address of the Twitter account to a wireless router, which then led to his address. The boy’s parents are working with investigators, though a search of their home did not yield any guns.

After the arrest, people posted to social media to express their disbelief, but also empathy for anyone who’s been bullied. 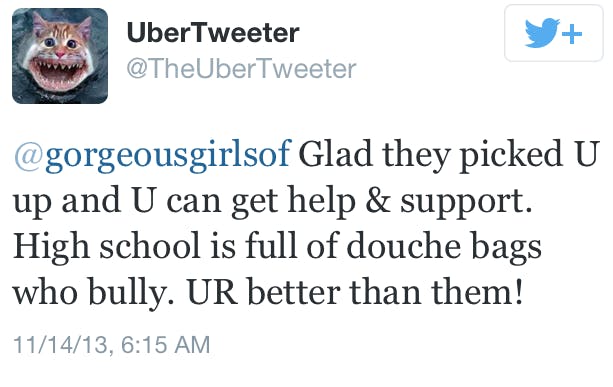 The suspect is currently at Harris County Juvenile Detention Facility.