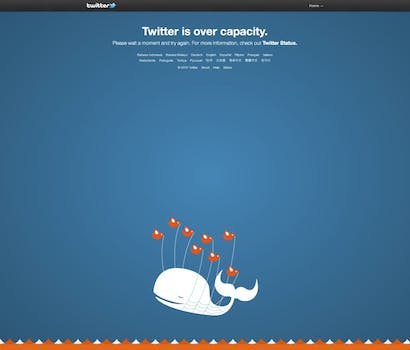 The return of Twitter’s Fail Whale

It might be a bad sign for Twitter's site, but some users were relieved to see the iconic whale illustration again.

The world’s second most famous whale is back.

Over the last four years the Twitter Fail Whale, a graphic that appears on the site when it is down, has come and gone, but now it looks like the famous illustration is here to stay.

During Twitter outages dating back to Friday, tweeters caught a glimpse of a more sleek looking whale being hoisted through the air by tiny orange birds.

The news was a surprise for Fail Whale creator Yiying Lu, who found out the good news Monday.