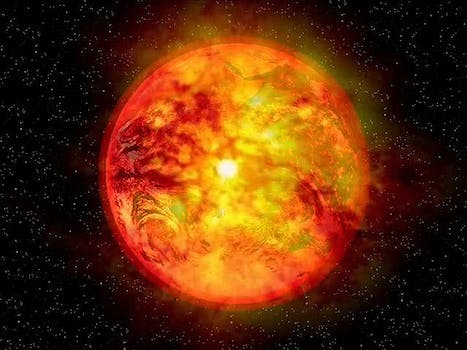 Twitter users confess everything before “end of the world”

It turns out the Mayans were wrong. The world did not end in fire, nor did it end in ice. Dec. 21, 2012 came and went without so much as a bang or a whimper.

That didn’t stop some people from covering all their bases just in case the Mayan apocalypse did happen. People didn’t want to be raptured—or whatever the hell was supposed to happen— without clearing their consciences first. And thus, #endoftheworldconfessions was born.

The Twitter hashtag became popular overnight, becoming a trending topic. According to social analytics tool Topsy, #endoftheworldconfessions was mentioned 476,411 times between Dec. 19-20. Apparently, Twitter users had a lot of things to get off their chest.

With that in mind, we’ve compiled some of the better ones. These run the gamut from funny to just plain bizarre.

File our first tweet under “obvious confession is obvious.” 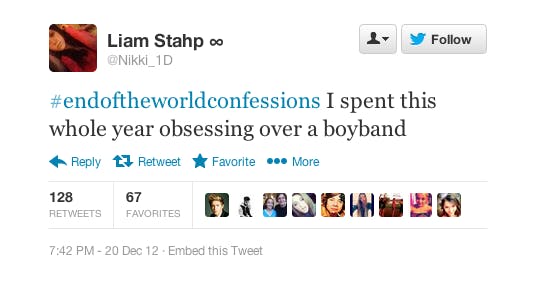 It’s not really much of a secret when the name of the boy band is part of your Twitter handle.

Others used this opportunity to reveal their long-time secret identity.

Even some celebrities got in on the hashtag action. Unfortunately, not all of them got the point. Rapper Wiz Khalifa, for example, took it as an opportunity to tweet tired aphorisms. 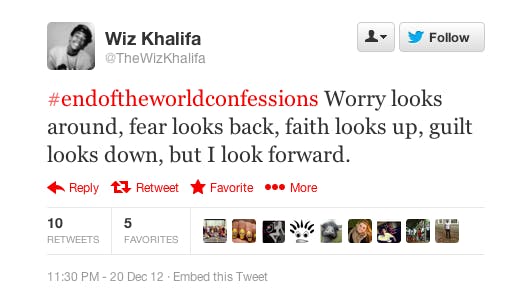 Speaking of rap, it turns out some people have just been pretending they’re fond of the genre. 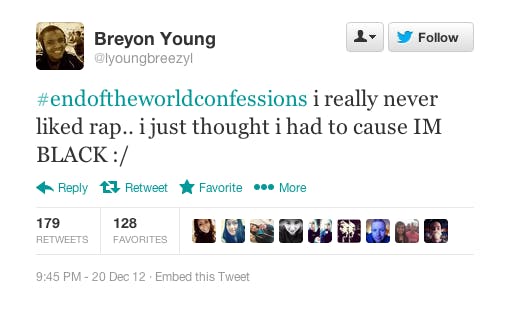 Up next are four contenders for the title of “worst human beings in the world” award. 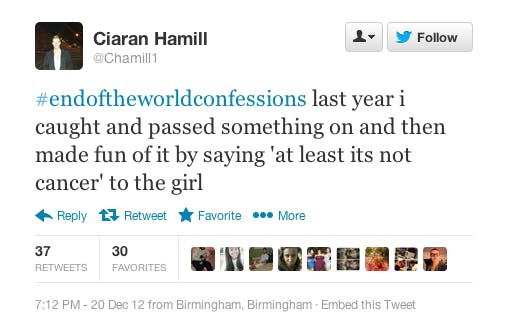 Pretty sure you can’t give someone cancer, jerkwad. 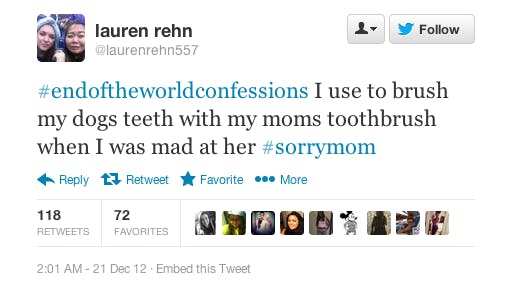 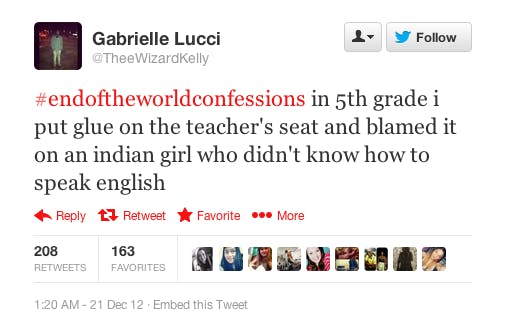 In case you’re wondering, that’s not an example of racism. That is, however, the exemplification of douchebaggery. 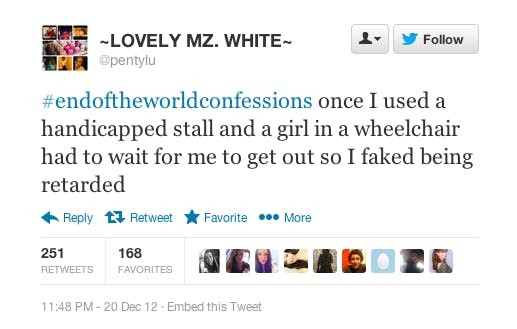 Yes, that tweet is awful, but we’d be lying if we said it didn’t make us laugh. Moving on.

It’s not a legitimate worldwide trending hashtag without a mention of the scatalogical. 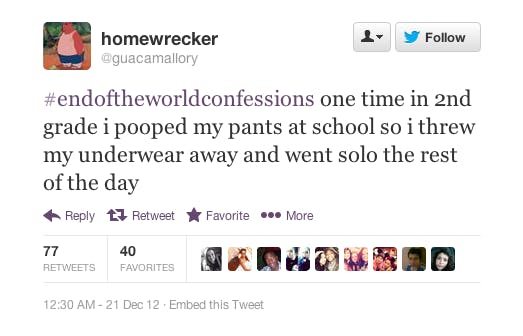 You probably should have kept that to yourself regardless.

And finally, the winner for the weirdest and creepiest end of the world confession: 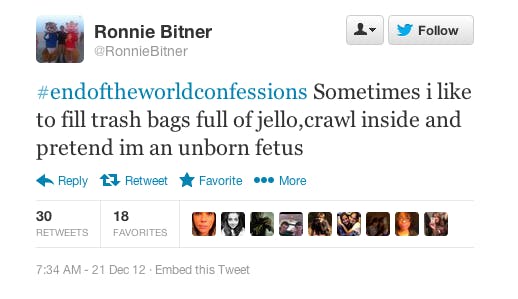