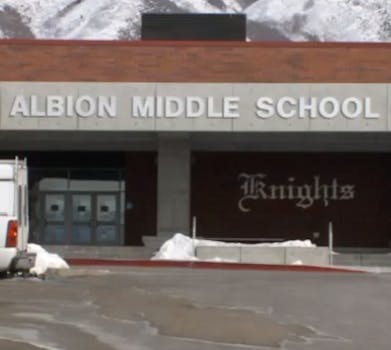 Tough love. A mother is pressing charges against her 13-year-old daughter and two others who arranged a drug deal publicly on Twitter.

Tough love. A mother is pressing charges against her daughter and two other people who were buying weed publicly on Twitter.

The Sandy, Utah, mom trawled her child’s Twitter account and text messages after discovering she had marijuana. She found that her daughter and another 13-year-old girl had arranged to buy the drug from an 18-year-old male.

“They were all telling each other who had what marijuana, who didn’t have it, who was coming and who smoked. They all pretty much put it out there,” said the anonymous mother, hinting that the arrangement was made through tweets rather than direct messages.

She set up a sting with the alleged dealer at the girls’ middle school, where police arrested all three teens. They arrested Maxwell Curtis on drug possession charges and contributing to the delinquency of a minor.

Police said they found evidence of marijuana in one girl’s locker and the other’s bag. The mother, praised by school officials and police for monitoring her daughter’s social networking activity, pressed charges against the girls.

“I pressed charges against her for paraphernalia and possession so she was arrested,” she said. “I love my daughter and if it’s tough love and she hates me for it, I hope one day she forgives me because kids don’t know what they’re doing.” The girls are set to appear in front of a juvenile court judge.

The mother added that she’s shut her daughter’s Twitter account down before, but she’d opened another under a different handle. “They think it’s their private message board, where their five friends are reading it, but it’s out there,” she added.