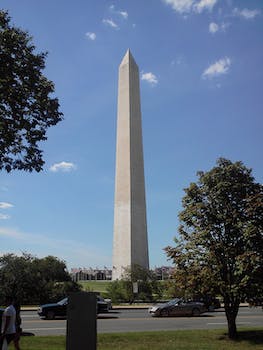 For Washington Monument, erect is correct

Despite fears aired on TV and spread on Twitter and Facebook, the Washington Monument is unharmed. The Daily Dot’s photos, taken just hours after today’s earthquake, show a tower standing on the straight and narrow.

So how did this become a subject of debate?

“FOX’s Megyn Kelly just reported there may be some concern the Washington Monument is tilting. Whoa — we’ll be…” it reads.

The tweet was retweeted and referenced by hundreds of followers. Some cited as evidence what turned out to be a doctored photo on a Philadelphia radio station’s Facebook page.

Now-debunked photos ran on Gawker and Dssence as evidence of the tilt.

No news station actually specified a direction that the monument could be leaning in, but hundreds on Twitter took the opportunity to make a joke about Washington politics:

“So, Fox says the earthquake tilted the Washington Monument to the right. MSNBC says to the left. Geez, everything is so damned political,” wrote @WarnerCrocker in a tweet that was retweeted over 100 times.

The joke turned out to be too good to be true. The National Park Service told the AP there was “absolutely no damage” to the monument or any other memorials on the DC Mall.

Meanwhile, standing by the Washington Monument itself, the Daily Dot talked to evacuated employees who had yet to sign on to Twitter.

“I guess it looks tilted if I lean a bit. Those Twitter people obviously aren’t here,” said a government employee who asked not to share his name.

Another bystander was more firm in his observation of the monument.

“People on Twitter will say anything,” said Peter Kaufmann, a DC engineer. 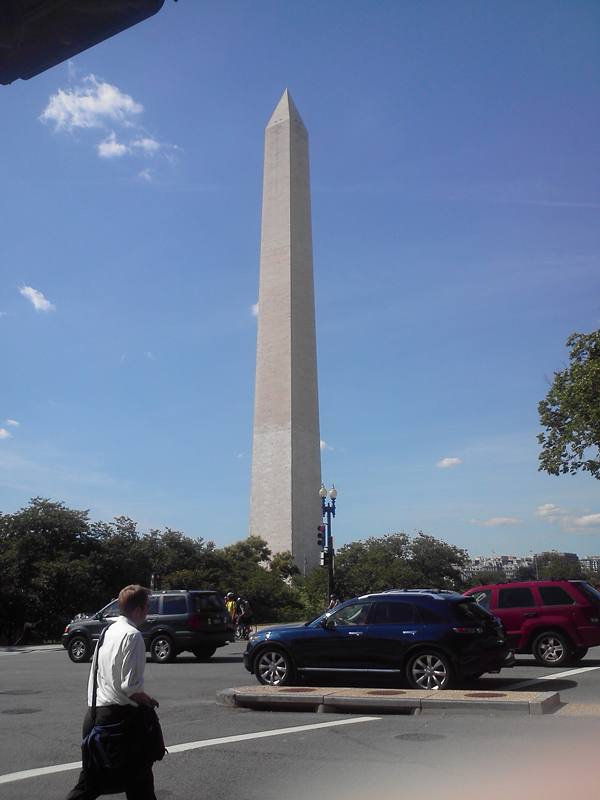