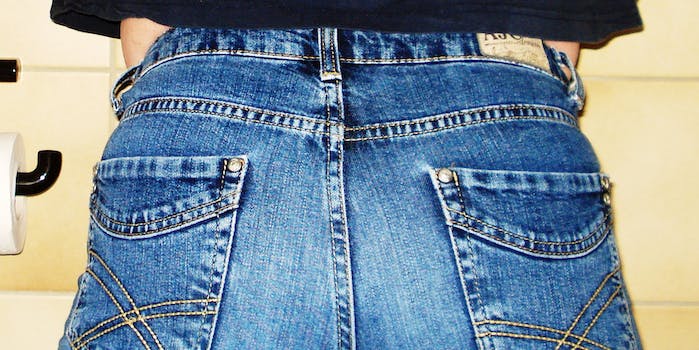 The best of #Buttflix, our favorite Netflix-themed hashtag about butts

Who says Twitter can't be a vehicle for social activism?

There are many who claim that Twitter and social media can’t serve as effective vehicles of social activism because they’re degrading the level of intelligent discourse in this country.

These people are full of poop. If you want proof that Twitter is actually elevating the level of intelligent conversation in this country, look no further than #Buttflix, a hashtag that started trending this afternoon.

Originating from a segment on the Comedy Central late-night show @midnight, #Buttflix takes Netflix titles and turns them into erudite, sophisticated commentary on the SCOTUS ruling to strike down caps on individual campaign contributions. Just kidding! It turns them into jokes about butts.

In the interest of contributing to the Daily Dot’s reputation as a bastion of 21st-century intellectualism, we have compiled a showcase of some of the best #Buttflix tweets from this afternoon. I would also like to take this opportunity to publicly thank my mother and father for funding my college tuition so I could one day grow up to write about The Motorcycle Diarrheas.

he’s just not that into poo #buttflix @midnight

House of Sharts “The road to power is paved with skidmarks, and casualties.” -Frank Underwood. #Buttflix @midnight pic.twitter.com/WavY7Nonth