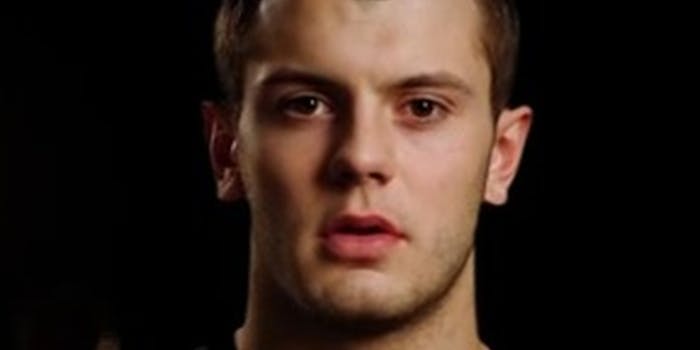 Soccer star warned for joking about bet on Twitter

Just a month after getting in trouble for advertising on his Twitter feed, Arsenal's Jack Wilshere is in hot water over a tweet again.

Arsenal star Jack Wilshere has endured a torrid year. Along with being injured for the entire 2011-12 English Premier League season, he’s suffered plenty of trouble on Twitter.

Most recently, the 20-year-old was warned by the Union of European Football Associations (UEFA), soccer’s governing body in Europe, about a tweet joking he’d bet on a teammate to score.

In December, Wilshere tweeted that Emmanuel Frimpong was worth a small bet to score the first goal in a Champions League game against Olympiacos.

After a close miss by Frimpong, Wilshere, who apparently deleted his Twitter account following trouble with trolls, Wilshere tweeted: “Frimmy nearly won me some money there!” However, he soon admitted he was joking, saying that he didn’t actually bet on the game.

Players are not allowed to gamble on matches involving their teams. England international Wilshere, who found himself in trouble last month over tweets promoting Nike, was given a slap on the wrists by UEFA.

“We confirm that the player has received a warning by UEFA’s control and disciplinary body,” a UEFA spokesperson said, according to The Mirror.

Perhaps it’s for the best then that Wilshere has shut down his Twitter account. Who knows what might have happened when he didn’t bet on England failing to win Euro 2012?