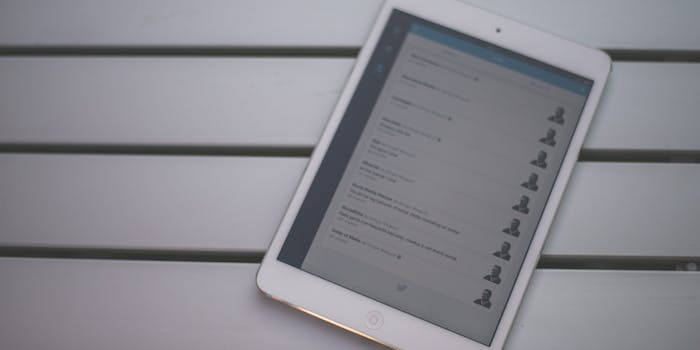 Even Twitter isn't all that sweet when it tweets.

Twitter’s social media team came up with a new strategy this fall: Act witty and cute on Twitter’s main account. There’s only one problem with the idea. Twitter isn’t a wholesome fast food company or video game mascot, it’s a website known for myriad problems with harassment.

That’s exactly why Twitter is getting dunked on for telling users to “be sweet when you tweet.” As it turns out, even Twitter won’t keep the site “sweet” because it doesn’t punish bad tweets.

Twitter came up with the tweet on Wednesday morning, and it quickly went viral as users created replies and quote tweets taking digs at the social media company. Many pointed out how far right-wing personalities, Nazis, and crypto-fascists are given a free pass on the service, and others stressed that the site has a serious problem with harassment from those groups.

|￣￣￣￣￣￣￣￣￣￣￣|
Someone
threatened my life
on your website
and you did nothing
|＿＿＿＿＿＿＿＿＿＿＿|
(•◡•) /
/
—
| |

|￣￣￣￣￣￣￣￣￣￣￣|
If you sympathize
with Nazis that
makes you a
Nazi sympathizer
|＿＿＿＿＿＿＿＿＿＿＿|
(•◡•) /
/
—
| |

Others pointed to an ongoing issue where Twitter suspends LGBTQ users, particularly trans people, over their tone toward bigots. Some are using the tweet as a launchpad to demand Twitter to stop going after marginalized users and actively suspend hate groups using the site to organize.

Last week your support team strongly encouraged me to contact law enforcement if I thought I was in immediate danger after a bunch of men said they were going to rape me because I tweeted something un-ladylike about Kavanaugh. https://t.co/3zKEFposeq

To make things even worse, Twitter gave official word hours later that it would not remove an apparently anti-Semitic tweet from controversial Nation of Islam leader Louis Farrakhan because “comparing Jews to termites is not in violation of the company’s policies” and “the policy on dehumanizing language has not yet been implemented,” according to BuzzFeed News’ Joe Bernstein.

“So if you want to compare Jews to rats/insects—get it in while you can!” Bernstein quipped.

Apparently, calling Jews termites is in your Venn Diagram of "sweet". pic.twitter.com/hIjwPmMET9

Twitter remains under intense scrutiny from both the right and the left over its relatively lax moderation policies, and the latter in particular tends to feel the full brunt of Twitter’s laissez-faire anti-harassment enforcement. When it comes to being sweet when you tweet, it’s obvious that the rule only applies to a few users, not everyone.