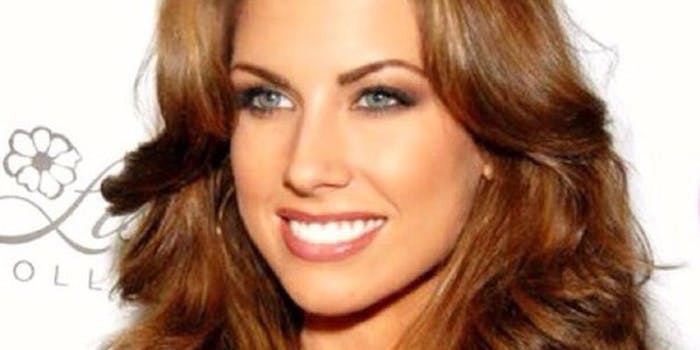 Miss Alabama stole the spotlight at the BCS championship game, and got dozens of awkward Twitter come-ons for her trouble.

It doesn’t matter if you’re clearly already in a relationship with a college football star.

If you’re Miss Alabama (as Katherine Webb is), and you gain around 100,000 Twitter followers in a night (as she apparently did Monday), and a 73-year-old man breathlessly describes your beauty on national television (as ESPN sportscaster Brent Musburger did, inspiring the @HornyBMusburger parody account), there are going to be dudes who try to hit on you on Twitter.

The fact that Webb was only highlighted on ESPN during the BCS National Championship game because of her relationship with Alabama quarterback AJ McCarron didn’t seem to faze her scores of Twitter suitors. In fact, some of them embraced it, though not one appears to have any chance of succeeding.

They did, at least, provide some comic relief. Here’s a light sampling of Twitter’s clumsy attempts to romance its new favorite beauty queen.