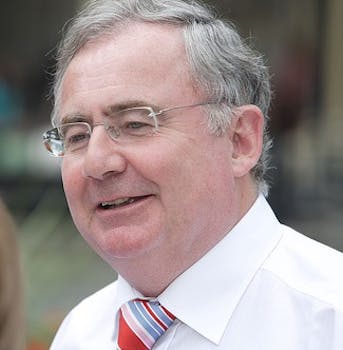 Twitter sticks up for your right to remain anonymous

Twitter told an Irish commission trying to curb cyberbullying that the value of  anonymity outweighs its contribution to online harassment.

Cyberbullies often hide behind the mask of a pseudonym, using a veil of anonymity to protect themselves as they spout vile comments at victims, sometimes even driving them to suicide.

Though Twitter understands concerns about abuse in the community, the company stepped up to the plate to tell an Irish committee probing cyberbullying that anonymity matters.

“We see anonymity as giving people who would not otherwise have a voice to be part of discussion, to be part of debates, and maybe to be part of a world that is not generally open to them,” Sineád McSweeney, Twitter’s policy director for Europe, told the Oireachtas committee in Ireland Thursday according to Irish Times.

Cyberbullying is linked to several suicides in Ireland in recent months, while some students were suspended last year for attacking teachers on Facebook.

Communications Minister Pat Rabbitte and his team are looking into gaps in legislation related to cyberbullying. However, McSweeney agreed that Twitter’s rules aren’t known by everyone, noting that Twitter needs to do a better job of letting users know what behavior isn’t allowed on the service.

McSweeney also advised that parents should be familiar with the “tools and channels” their kids are using, while noting that there are ways to flag offensive content for removal.

Twitter works with law enforcement officials when someone breaks the law, though McSweeney noted that dealing with such issues has to be balanced against the company’s commitment to user privacy.

The company is transparent in the way in which it deals with government requests on user data. It releases a transparency report every six months noting the number of times it’s received such requests and how often it hands over data.

Twitter users aren’t required to use their real names, which can hamper investigations into illegal tweets. For instance, it took Chilean prosecutors two years to investigate the person allegedly behind parodies of a prominent businessman before taking the accused to court on identity theft charges.

Users are more likely to be identified by their IP address, an ID number assigned to every device which is connected to the Internet. Services like Twitter log IP addresses, and they law enforcement agencies can subpoena Twitter for that information during their investigations.

Twitter occasionally fights such requests, such as in the cases of an Occupy Wall Street protester and a number of people posting anti-Semitic tweets in France, but is often forced by a court to hand over the data.

Meanwhile, Simon Milner, Facebook’s director of policy for UK and Ireland, told the committee that “the real identity principle goes right across the site.” Users are encouraged to sign up with their real names and have granular control over the content they share and comments they make.

The company has methods in place for making a complaint, and Patricia Cartes, Facebook’s European safety director, noted that complaints related to minors are prioritized and have a shorter response time.

The real name focus means that Facebook can more easily track down fake accounts, Cartes said, while tying real names to actions means users are “more likely to be accountable.”

Facebook invited the committee to tour its European headquarters in Dublin before finalizing the cyberbullying report. The committee will hold a final hearing on Wednesday.

At a previous hearing, an Irish senator suggested that charging people to make comments on the Web or tying passport numbers to their IP addresses would help stamp out anonymous trolling.

Photo of Pat Rabbitte by The Labour Party/Flickr