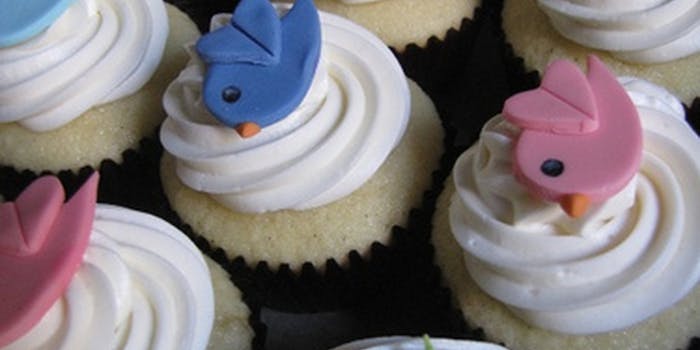 Twitter became the second social network to hit the milestone on Wednesday afternoon and is currently adding 14 new accounts per second.

On Wednesday at approximately 1 p.m. EST, the 500 millionth Twitter account was registered, according to statistics from Twopcharts.

The account belongs to Piotr Janicki (@JanickiPiotr), who—true to Twitter form—has not yet tweeted. (A significant number of Twitter users only use the service to reads tweets, a behavior the company seems to have encouraged with its recent redesign.)

On the other hand, account number 500,000,001 has been tweeting away. That belongs to Annamaria Angrisani (@AnnamariaAngris), whose first tweet was in Italian. Roughly translated, it reads: “[I]mmersed in the boxes for the next move … I’m am so exasperated!”

It will take Twitter about 108 more days to reach 600 million users, according to Twopcharts. Twitter currently adds 14 new accounts per second.