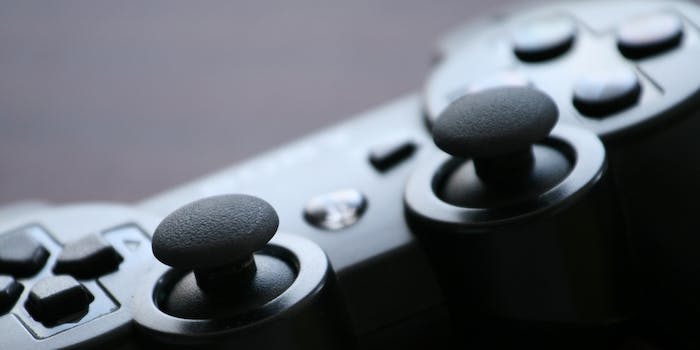 What do gamers really look like? We need to stop asking

Why do we even need to answer this question?

Never mind that in 2014, to even answer these preposterous charges is cringeworthy.

On Wednesday, the company published the results of a demographic study about gamers that it commissioned from a company named Lifecourse Associates. Twitch TV would like to argue, based on the results of that study, that people who play video games lead more social lives, are closer to their families, better educated, more optimistic, conventionally successful, and socially conscious than people who do not play video games.

Neil deGrasse Tyson, the host of Cosmos, doesn’t debate science deniers, because they say stupid things. When you recognize and debate a stupid thought, you’re implying that it’s actually not stupid. This is why it was so problematic when Bill Nye debated Ken Ham about evolution. What Nye was doing is called “privileging the lie.” He essentially legitimized preposterous statements about humans walking with the dinosaurs and the Earth only being thousands of years old.

The Twitch study is also privileging a lie. It reeks of the video game industry or video game culture trying to prove something, as if video games need to be legitimized, or that video game players need to worry about what people think of us.

It’s time to get granular

The Twitch study is also continuing just as foolish a proposition as the study purports to confront. Namely, the idea that “gamers” are a group you can address as a unified set. I dislike the word. I try to use it to collectively refer to people who play video games only in the most general sense. Once you want to start talking demographics, as in who gamers are as people, then you need to start getting granular, because we have the data for it.

For instance, the Twitch study repeats the Entertainment Software Association’s data that “gamers” are now split fairly evenly by gender. That’s a nice idea, if you lump everyone who plays video games together. If you’re talking about the Twitch audience, however, who are arguably some of the most hardcore video game devotees, according to Nielsen data you’re likely looking at a gender breakdown of 82 percent men and 18 percent women.

What irritates me about the Twitch study is not only does it make erroneous statements about the intrinsic nature of video game players, it also tries to make the argument using data that seems, to me, inadequate to the task.

The first thing I thought when I saw the argument that “gamers” are more social and family oriented, educated and optimistic, successful and socially conscious than non-gamers, was: Maybe that’s because people who play video games might have more disposable income than people who don’t.

“Socially conscious” is the only thing I couldn’t tie directly to having disposable income, though I could suggest that the less you worry about things on the bottom of your hierarchy of needs, the more thought you can put into considering the things at the top. That’s just basic human psychology.

Nielsen Gaming data published in 2013 says that of the 58 percent of respondents who answered that they play video games, 36 percent owned more than one console. The Entertainment Software Association’s 2013 video game report cited that 51 percent of U.S. households own a dedicated game console, and those that do own an average of two.

Anecdotally, in order for me to purchase an Xbox One, a PlayStation 4, and two games for each system (which is not a lot of games) I would spend almost $1200. Let’s say I bought one game for each system every two months after that, which is reasonable for a core gamer. Now I’m just short of $2,000 for the year. And let’s not get into PC gaming. I could drop $2,000 on a single screaming PC gaming rig.

Not everyone plays games on consoles and PCs, of course. I reached out via email to Warren Wright, the founder of Lifecourse Associates, the company that Twitch hired for this study, and asked for some details about the data.

Lifecourse asked respondents whether they had played console games, or PC games, or games on a tablet or mobile device in three separate questions. There wasn’t much to go on, from a breakdown of that data, to privilege one sort of platform over the other. And from what we know about how cross-platform the modern video game audience has become, there’s no reason to expect that a majority of the respondents were mostly playing free to play games on mobile devices.

In other words, there’s no justification within the data to dismiss the suggestion that higher socioeconomic status, i.e. more disposable income, could be responsible for the characteristics the Twitch study is assigning to “gamers.”

I asked Wright whether Lifecourse Associates had controlled for income in their results. “The short answer is we did not ask income on the survey, we do not have direct evidence that higher income explains gaming behavior,” Wright said. “Even if we did, a positive correlation between variables (income and gaming) does not mean that there is causation between variables.

“That being said, we could use education as a proxy for income, since thousands of surveys over the years have demonstrated that income and education are positively correlated, but even then, there is much debate as to what causes what. The reality is that each influences the other.”

Correlation is not causality

“[It] is not uncommon for variables like education, employment status, confidence, socially active, and overall life engagement to cluster together. It happens to cluster with gamers in this instance,” Wright told me.

I asked him, then, if he were polling a fresh set of data to measure how many subjects had college educations, would he be likely to find all of these characteristics clustered together in the same way?

“Yes, if you were polling a fresh dataset, you would find college education clustered with most or all of the other attributes Twitch cites in their press release— socially conscious, better relation with parents, more likely to be employed, etc.,” Wright said.

OK. So if all of these variables tend to overlap anyway, without regard to whether of the people in the polling set play video games, how can we argue that the results of the Twitch study have anything to do with who gamers are as people?

“It has everything to do with who gamers… intrinsically are! I’m not sure if gamers were in that cluster 10 years ago or not—it certainly was not the perception that they were, but they certainly are now. Maybe they always were, and maybe no one did the research before,” Wright said. “There is nothing in the research to suggest that gaming makes you more educated, or because you are more educated, you are more likely to be gamer. But there are strong correlations between the two.”

Who people that play video games really are

With respect, “intrinsically” means “by their very nature.” This data is imprecise, at best, in regards to the relationship between education, income, and proclivity for playing video games, as far as closeness to families, optimism, or socially conscious thoughts and behavior go. There is nothing to be definitively deduced from this data about “who gamers are,” not unless we can control for things like socioeconomic status, which affects everything about a person’s life.

There was a time when I would have pointed at something like the Twitch study and been glad as hell for it. That was back when I cared what anyone, other than another video game devotee, had to say about the people who play video games.

I’m no longer so insecure about my love for games that I care what anyone else thinks. I also know better than to think about “gamers” as some sort of unified group of people. They’re not, and it’s irresponsible to continue thinking of them in that way.

Let me tell you who “gamers” are: They’re people who like to play video games. The end.