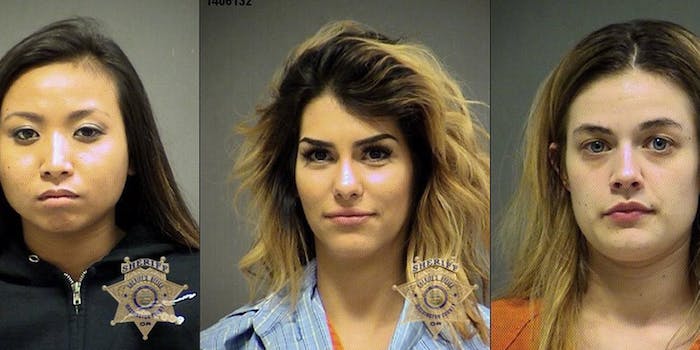 3 arrested on drug charges after twerking outside City Hall

Last fall, when Miley Cyrus’s VMA performance made “twerking” part of the lexicon, a silent fear began growing in the hearts of parents across this country. What havoc could twerking wreak on the fair and chaste daughters of this country? Was an idle ass the devil’s plaything?

Fears subsided as the seasons began to change. We began unclutching our pearls, finger by finger, as “Blurred Lines” echoed less frequently from the Volkswagens of high schoolers. But like a looming specter, twerking never left. Instead, it lurked in the dark corners of crowded nightclubs, waiting for its chance to attack.

Tuesday was that chance.

BEAVERTON, OR (KPTV)—Three women who police said were “twerking” in front of Beaverton City Hall were arrested and found to be in possession of drugs Monday afternoon, according to the Beaverton Police Department.

It was the most unusual of calls for Beaverton police on Monday afternoon.

The three women danced and exposed themselves in front of the windows of the building, said a police spokesperson. One of them, Brittany Medak, even went so far as to urinate in the parking lot between police cars.

The trio left City Hall but were stopped shortly by Beaverton police, who proceeded to search the car and find evidence of drugs—including methamphetamine, cocaine, and marijuana. The officer booked them at the Washington County Jail on a list of charges including disorderly conduct and possession of drugs.