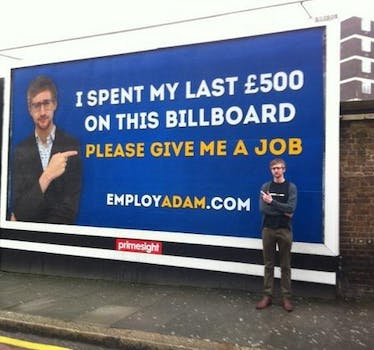 The Tweekender: How tweets cost a car crash victim $95,000

All the notable Twitter news and stories from the past week—in 140 characters or fewer.

The week’s best new users: Tired of erroneous reports of her death, Megan Fox finally started tweeting. After testing the waters with the @NikeBasketball account Kobe Bryant is on Twitter for real.

Photo of the week: A man spent his last £500 on a London billboard in an effort to land a job. His photo of it has been retweeted more than 14,000 times. (@adampacitti)