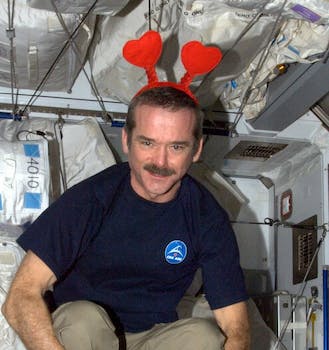 The Tweekender: How an astronaut celebrated Valentine’s Day

The week’s best new user: If Black Thought is anywhere close to being as awesome at Twitter as his Roots bandmate Questlove, he’ll be fun to follow.

Photo of the week: Actual person-in-space Commander Chris Hadfield is the best thing on the Internet right now, and he’s pulled off another trick by showing how astronauts celebrate Valentine’s Day. (@Cmdr_Hadfield)