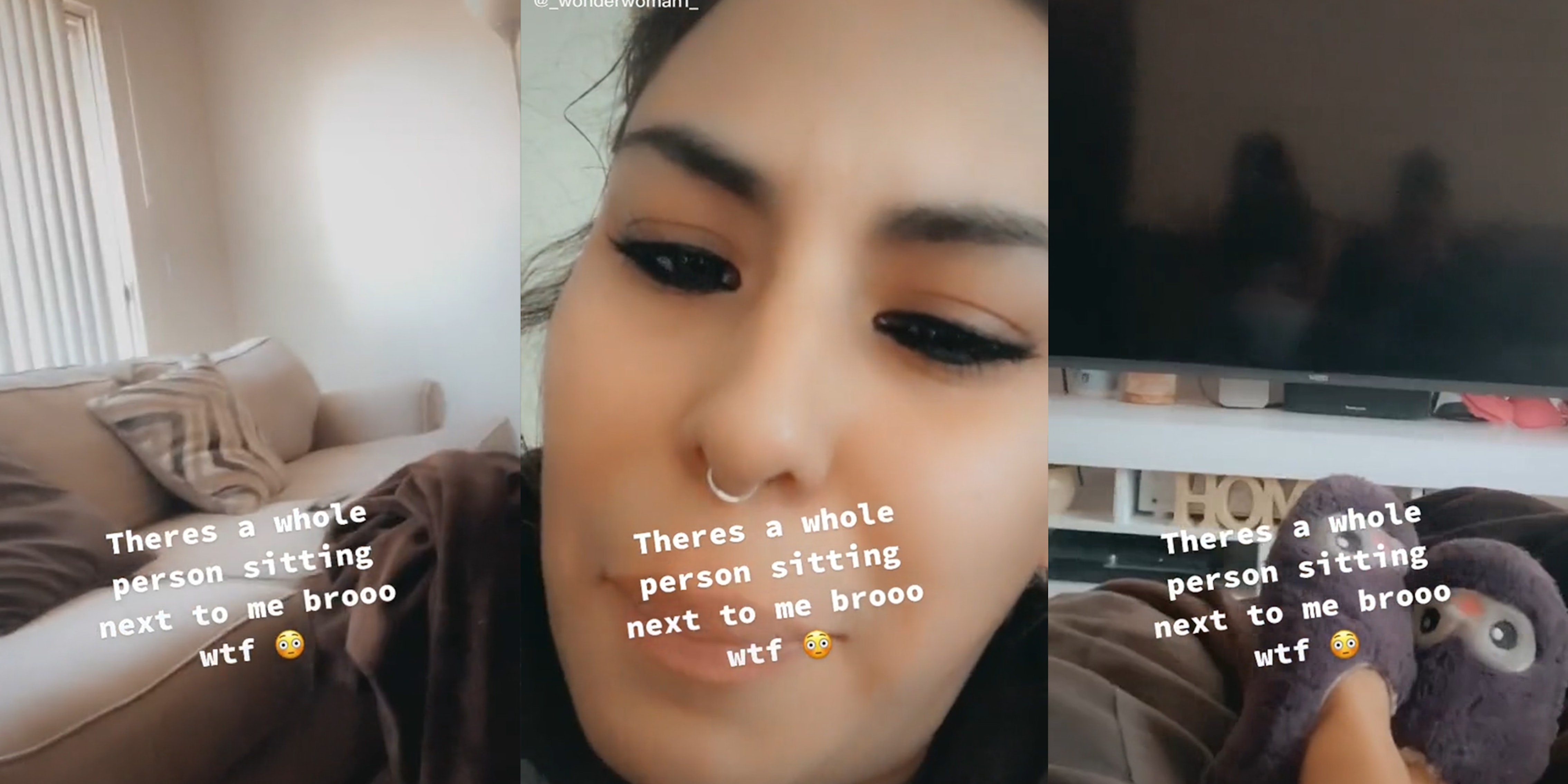 ‘That’s why I never look at the TV when it’s off’: TikToker appears to capture ghost sitting next to her in reflection of TV

'OK, so, am I tripping?' she says before showing she's home alone.

We’ve all looked at our phone or TV screen when it’s off and saw our reflection staring back. One TikToker recently captured something odd in her TV’s reflection.

Earlier this week, TikToker @_wonderwoman1_ posted a video that appeared to show a black shape sitting next to her in her TV’s reflection. “OK, so, am I tripping?” she says before panning to her right and left side to show she’s home alone. She then flips the camera to the TV, and there’s a shape to her left on the couch. She waves, but the shape does not.

The top comment on the video, which has more than 9 million views, asks her to “Show it in 1 cut. Dont flip but pan the camera all the Way around,” and others wondered if it was edited, or if someone sat on the couch when she flipped the camera. However, she claimed in the comments there was “no edit.”

To others, it was legitimately creepy. “Throw the whole house away,” they urged.

In follow-up videos, she addresses the theory that it was just her shadow, and shows a shot of the TV again. You can see what appears to be a shadow on her left side again. “That shadow is my shadow, clearly,” she says.

It’s much lighter than the original video, though. “THIS one is clearly a shadow, the other one was NOT,” one commenter said.

Others had more creative explanations: “Parallel dimension and she was posting a tiktok in her dimension about you bein the ghost.”

A few TikTok mediums also weighed in, with at least one calling it “no cap.”

The Daily Dot has reached out to @wonderwoman1 via TikTok comment.