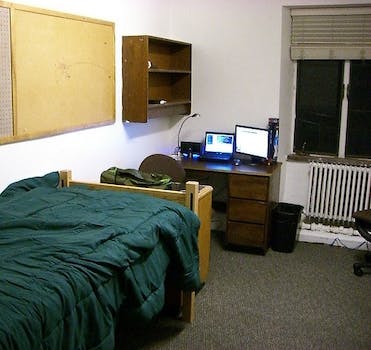 For Turkish student, a single tweet brings the heat

Desperate to get the heat turned on his dorm, Hüseyin Çakir reached out to a public official the only way he knew how to—Twitter.

Did you know Twitter has the capacity to invoke tangible change in people’s lives? Mind. Blown.

In all seriousness, last October some college students in Istanbul public dorms were struggling to cope with the temperature on an unseasonably cold night and had no way to get the heat turned on earlier than scheduled, according to Twitter Stories.

One of the students decided to reach out to someone that could help though Twitter. Hüseyin Çakir sent a tweet to Suat Kilic, Turkey’s minister of youth and health, to ask for his assistance, since most Turkish universities are run by the state.

“Dear Suat Kilic, your young brothers are cold at the dormitories, the heaters aren’t working and there are no extra blankets,” Çakir tweeted.

The tweet grabbed the attention of Kilic, who soon sent a tweet back to the student that read, “My dear brother, I have called the principal of public dorms, you will not be cold any more.”

Kilic then thanked Çakir for bringing the matter to his attention and promised that all heaters in public dorms would start working all over the country the next day. The minister also informed Çakir when the heat was turned on in Istanbul dorms.

While not quite on the scale of mass events like the Arab Spring, this story highlights just how Twitter is helping people reach those in high places and ask for help when all other forms of communication don’t work.