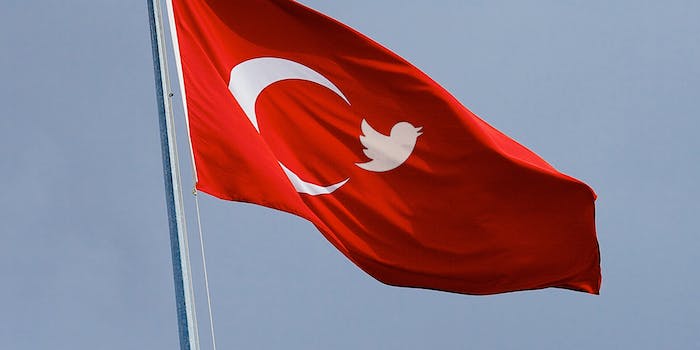 Turns out, the ban was very easy to work around and was not being implemented aggressively across the board. Even the president of Turkey kept tweeting.

Things are changing now. When the ban started, the Internet Service Providers (ISPs) enforcing it did so by using DNS (Domain Name System) redirects to a Web page that explained the ban was due to Twitter’s alleged failure to respond to court orders. People within Turkey found the initial implementation of the block easy to circumvent.

People continued to tweet within the country by using a VPN, accessing Twitter through anonymizing network Tor, tweeting via SMS, and spreading information about a DNS workarounds, including one that relied on Google’s public DNS. Twitter usage increased 138 percent after news of the block spread, as people within Turkey used the social service to protest about the social service getting banned.

It’s not as easy anymore. On Saturday, reports came in indicating Google’s DNS and other public DNS had been blocked. Since manually selecting Google’s DNS was one of the most commons workarounds, this was a major move to cut off access.

And researchers told the Washington Post that Turkey’s government has taken yet another step to block Google: They have blocked Twitter at an IP level.  This means Twitter will be unreachable through all DNS workarounds. People within Turkey can still use VPNs and Tor to log on, but downloading those private networks requires extra effort and digital savvy, so this stricter enforcement will deter some residents from logging on.