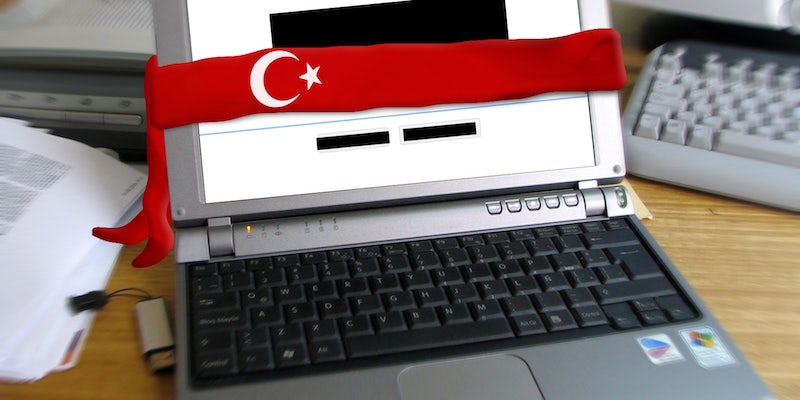 Turkish protesters clash with police: ‘Hands off my Internet’

As people around the world were gearing up for the Day We Fight Back, a massive online protest, more than 2,000 demonstrators were taking to the streets in Istanbul to protest the country’s Internet censorship.

Turkish citizens were fighting amendments to Turkey’s Internet law approved by the parliament on Feb. 6. The updated bill 5651, which still needs to be signed by President Abdullah Gül, would allow the government to block and filter websites for privacy violations or offensive content—without the need of a court order. Internet providers would also be forced to keep users’ data for two years and make it available to authorities. The measure, put forward by the ruling AK party, would also oblige ISPs to limit access to proxy sites, which let people circumvent censorship and filters.

Shouting “Hands off my Internet” and “Stop censorship” (on Twitter #sansürüDurdur or  #internetsansuru), protesters marched towards Taksim Square, Istanbul, the same site that collected last summer’s Turkish mass protests against the Erdogan government.

They greeted by hey stumbled upon riot police, and the two sides clashed. The police reportedly used tear-gas grenades and water cannons, while the crowd returned with fireworks, stones, and graffiti.

An interesting time to live here. Could hear the water cannons and fireworks going off up the road #taksim #TuerkiyedeİnternetSansürü

The timing of the law raises suspicions among its critics, who claim the government is trying to cover up corruption scandals by limiting what can be published and viewed on the Web. Last December, incriminating allegations against some politicians were posted online, shortly before the new amendments were first proposed.

It was hardly an isolated incident. In the last years, a series of damaging recordings, documents, and videos involving prominent public figures in Turkey have gone viral on the Web. That makes the reform appear just a tool for increasing surveillance and curbing political dissent.

“This law gives the government license to censor on the internet whatever it doesn’t like and whatever it doesn’t want the public to know,” Daniel Calingaer, executive vice president of Freedom House, said. “It is a government attempt to limit political activity, especially debate unfavorable to the government.” Human Rights Watch backed that assessment, stating that the Turkish government “is seeking to increase its power to silence critics and to arbitrarily limit politically damaging material online.”

Tayyip Erdogan, Turkey’s prime minister, defended the law saying that would not impose any censorship and that would make the Internet more safe and free.

The new law also raises concerns within the European Union, which has been engaged in a complex relationship with Istanbul for years. Erdogan government’s crackdown on last summer’s protests didn’t help to stabilize the relations. Now Martin Schulz, European Parliament chief, tweeted that the Internet legislation would be a “step back in an already suffocating environment for media freedom.” The European Commission’s spokesman Peter Stano added that “the Turkish public deserves more information and more transparency, not more restrictions.”

In the first half of 2013, Turkey, which already deploys Internet filters to protect children, made 1,673 requests for Google to remove contents from the web, much more than any other country; about two-thirds of the total called for the removal of content related to alleged violations of Internet law.

According to the 2013 Reporters Without Borders press freedom index, Turkey is ranked 154th out of 179 countries. “It is currently the world’s biggest prison for journalists,” the report claims, “especially those who express views critical of the authorities on the Kurdish issue.”