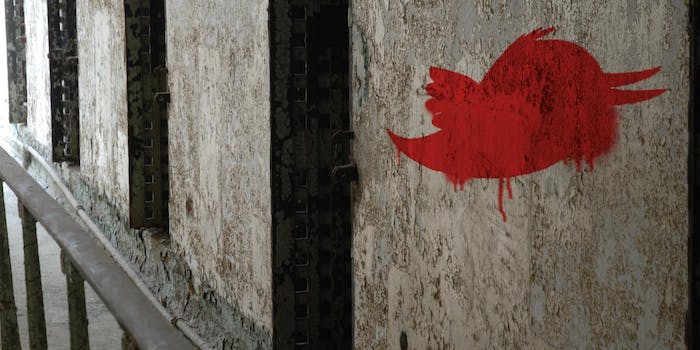 At least 25 Turkish protesters arrested for organizing on Twitter

Twenty-nine in the city of Izmir were held overnight for “inciting riots and conducting propaganda” on Twitter, according to the Hurriyet Daily News, an English language paper in Turkey. They were charged with spreading “propaganda” or “misleading information,” depending on the translation.

Prime Minister Recep Tayyip Erdo?an has repeatedly condemned Twitter as a place filled with “unmitigated lies.” As tens of thousands of protesters demonstrate across Turkey, they’ve have relied extensively on social media—Twitter, Facebook, and YouTube especially—to both organize themselves and to share news, since traditional media has largely ignored them.

Thousands of protesters have been injured in fights with police, and the government has admitted at least one was killed.

Of course, identifying Twitter users by their handles in a sea of people isn’t an exact science. Police say they’re still looking for nine others, and some of those who have been arrested claim they don’t have Twitter accounts.