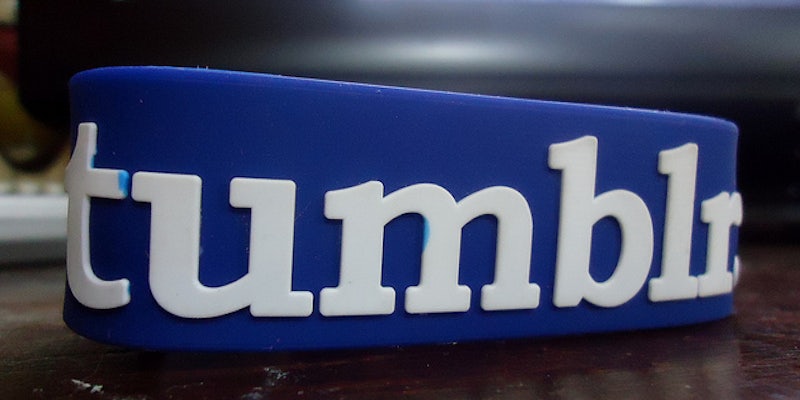 If Tumblr’s Storyboard was such a success, why was it axed?

If you want to know why Tumblr has decided to shut down its editorial project, Storyboard, the short answer is: We don’t know.

If you want to know why Tumblr has decided to shut down its editorial project, Storyboard, the short answer is: We don’t know. The Tumblr staff announcement, released on Tuesday, was written in chirpy, corporate PR-speak, emphasizing the journalists’ smashing success—and then revealing that they were all fired.

A year ago, Tumblr did something unprecedented — we created an editorial team of experienced journalists and editors assigned to cover Tumblr as a living, breathing community. The team’s mandate was to tell the stories of Tumblr creators in a truly thoughtful way — focusing on the people, their work, and their stories. The result of this ambitious experiment was Storyboard.

After hundreds of stories and videos, features by publishers ranging from Time to MTV to WNYC—not to mention a nomination for a James Beard Award and entries into this year’s NY Press Club Awards—we couldn’t be happier with our team’s effort. And as Tumblr continues to evolve, we’ll always be experimenting with new ways to shine light on our creators.

After a buildup like that, surely they’re about to announce some new and glorious improvements to Storyboard, right? Wrong. The third and final paragraph says this:

What we’ve accomplished with Storyboard has run its course for now, and our editorial team will be closing up shop and moving on. I want to personally thank them for their great work. And please join us in wishing them well.

Clearly, something’s going on here; media outlets don’t shut down (and fire a bunch of employees) because they’re sick and tired of all this success. Is “Storyboard has run its course” a euphemism for “We’re losing money here”?

Consider last month, when Facebook’s managing editor Dan Fletcher quit to join his own startup company. Fletcher made his announcement during a speech where he suggested that Facebook should never have hired him (or anybody else) as a managing editor in the first place. Since Fletcher’s “Facebook Stories” creation wasn’t successful under his guidance, it presumably couldn’t be successful under anyone else’s, either.

Tumblr did not respond to our request for comment, so for now we must take the announcement at its word: Storyboard is shutting down because this whole business about being a popular feature with prestigious press awards has simply run its course.