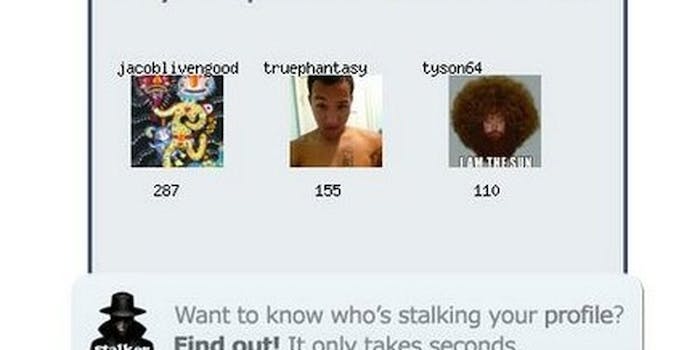 Tumblr app promises to reveal your “stalkers,” posts spam instead

A Tumblr spam application is tricking users into giving it access to their blogs by promising users they can find out who’s viewing their sites.

The application ProfileStalkr requires users to give it “read and write” access using Tumblr’s application access settings, with the promise of allowing users to see what other Tumblr users have viewed their account and how many times.

As Tumblr user lewdis has recently discovered, it takes a lot more than just changing your password and clearing your browsing history to fix this problem. You must go into your blog setting and revoke access to application under the apps section.

Since June, Tumblr has been the target of at least nine different spam and malware schemes, according to GFI, a web security organization.

The Daily Dot has reached out to Tumblr for a comment.