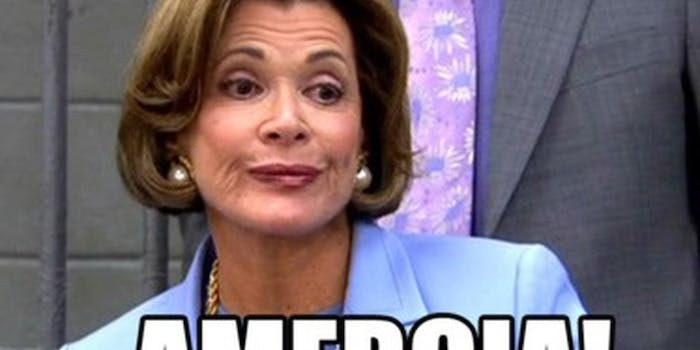 If only Mitt Romney could have landed a guest spot on Arrested Development.

They both have a somewhat forgotten “Ann” in their lives, frequent country clubs, are largely out of touch with the masses, and struggle with the economic realities affecting those around them.

After a somewhat sporadic posting schedule, the Lucille and Mitt Tumblr got back on track last week with several posts poking fun at a leaked video of Romney decrying the 47 percent of Americans who apparently don’t pay federal income tax. 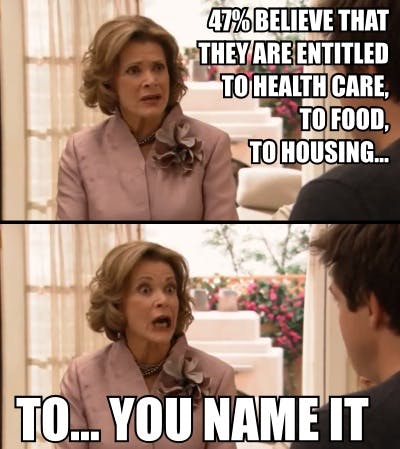 The blog, created by graphic designer J. Adam Brinson, pairs up quotes from the candidate with images of the Bluth family matriarch. It’s remarkably convincing in that all of the real-life Romney quotes sound like something Bluth would say in her closeted, high-profile world. It’s also darn funny.

A post featuring Romney’s comment, “95 percent of life is set up for you if you’re born in this country,” sounds just like something the xenophobic Bluth would blurt out. It’s grabbed 151 likes and reblogs since Friday. 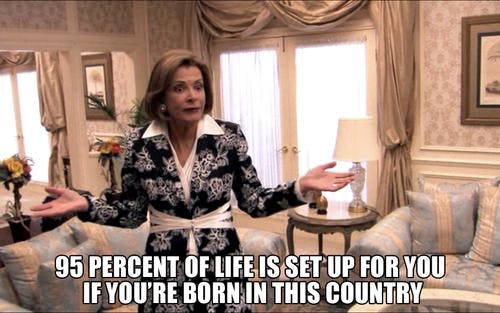 The upper-class element of Arrested Development was previously mashed up on Tumblr with posh Brit show Downton Abbey.

If Romney is elected and needs help fixing the economy, there’s only one thing he needs to remember if he can’t claim federal taxes from the 47 percent: There’s always money in the banana stand. 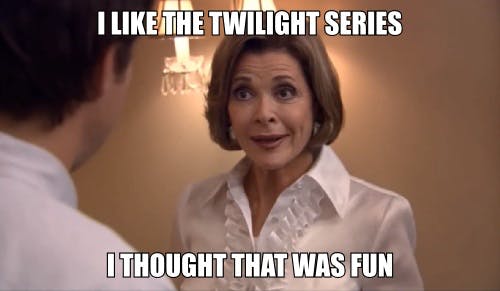 Photos via Lucille and Mitt/Tumblr