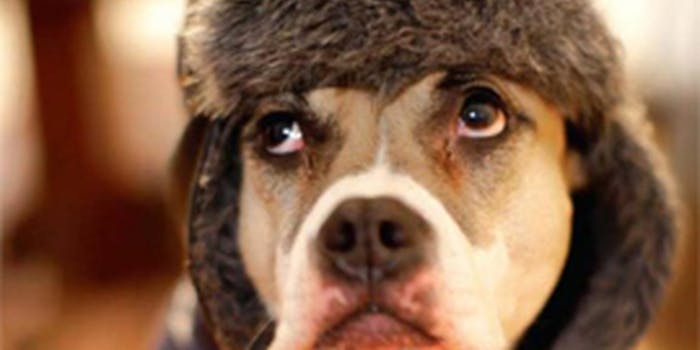 Better than Gersberms! A gift guide to Tumblr books

This Christmas, there's a book out there for every Tumblr and Tumblrette in your life.

Still searching for that perfect quirky holiday gift for a nerd near you? Know a hipster coffee table that’s just begging to be graced with a coffee table book on hipsters and/or coffee tables?

For the Meme Lover

Danielle Henderson’s Tumblr turned insta-meme gets insta-highbrow in this look at the best iterations of Ryan Gosling imagined as the perfect boyfriend. Best part? Ryan Gosling is an actual feminist, so it’s not even fanfiction.

The Tumblr: Coloring For Grownups

The Book: Coloring for Grownups

This irreverent, frequently politically incorrect coloring book gives you the opportunity to wreak Crayola-induced violence upon Chris Brown and draw Mitt Romney to th.e right side of history. The Tumblr frequently posts submissions from color-happy readers, which your giftee can use to inspire their own artistic whimsey. 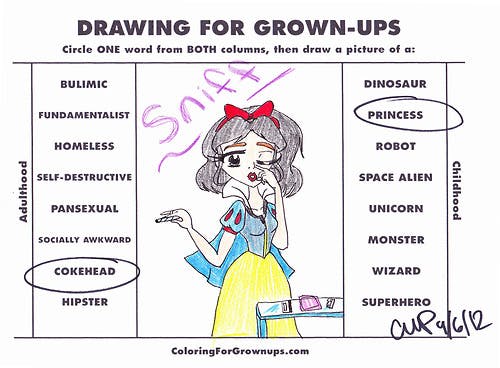 Everything That Can Happen In A Day

The Book: Everything That Can Happen In A Day

This unusual blog turned book turned minor cultural movement is predicated on the concept of just doing something, anything—whether it’s painting the sky on envelopes for strangers, or leaving 10 oranges in public for other people to find. Think of it as self-help for those who help themselves.

The Tumblr: The Burning House

The Book: The Burning House

The idea is simple: make a stylish photo of all the things you’d save if your house was on fire. The result is more elegant than one might expect, a kind of crossover between Polyvore and Things Organized Neatly, and a mesmerizing breakdown of the things we value most. 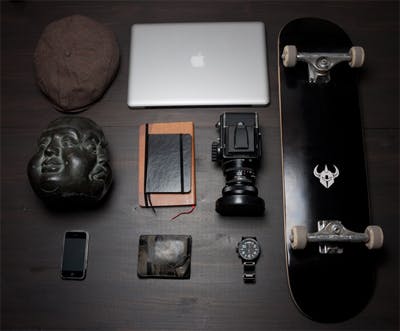 The Tumblr: I Love Charts

The Book: I Love Charts

With over 200,000 followers and counting, I Love Charts is one of the most popular blogs on Tumblr.  With hilarious,easily digestible charts and graphs on every subject from Breaking Bad to Brussels sprouts, it’s easy to see why. 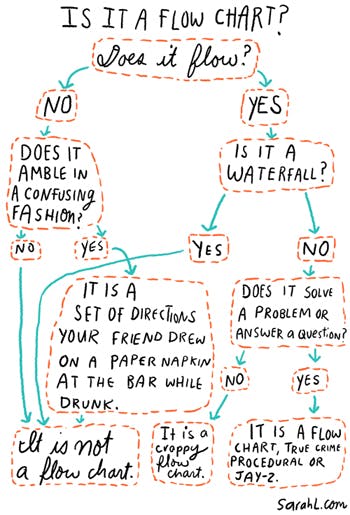 This no-longer-underground group of 10 teen Los Angeles hip-hop artists includes Frank Ocean and creator Tyler Okonma. With beats that range from smooth to fierce and lyrics that are often as macabre as they are brilliant (one extended metaphor speaks of disposing of manners like chopped-up bodies), these artists have formed a subculture that’s 1 part skate punk, 1 part indie rap, and 1 part whatever they want to be. Though they recently allegedly physically assaulted one of their own fans onstage, with two openly queer members, they’re progressive in unexpected ways. Oh, and they’re also into serial killers.

F*ck! I’m in My Twenties

The Tumblr: FUCK! I’M IN MY TWENTIES

The Book: F*ck! I’m in My Twenties

In the wake of the recently launched book, NBC snapped up Emma Koenig’s sly musings on life as a broke New York artist. Get it before the comedy premieres, along with the inevitable comparisons to Two Broke Girls, Girls, Quarterlife, and… you get the picture. 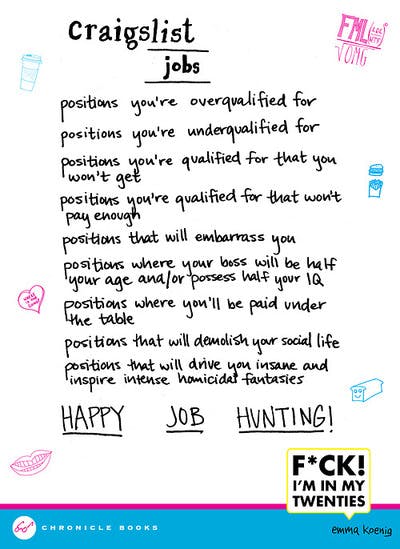 This sassy snarkfest shared its New York launch party with F*ck! I’m in my Twenties!, in what could have been the ultimate party that was also a self-mocking takedown of the young and fabulous. But it’s not just wry self-mockery; Suri dishes out chapters devoted to looking at “Social Capital in the Modern Economy, then follows it up with “Celebrity Children I’m Over Already.”

While author Allie Havan promises, “The book will be Suri’s completely new, completely definitive guide to the families of Hollywood, and no one will be spared,” the Tumblr is generally nicer on celebrity kids than their parents. And who can blame them?

The Tumblr: My Bad Parent

The Book: My Bad Parent: Do As I Say, Not as I Did

Another blog-turned-book that skewers parents more than kids, this man-on-the-street blog is a hilarious takedown of bad parenting and occasionally badly behaved children; though sometimes the captured moments feel a little too meme-ready to be authentic, the results are almost always hilarious. 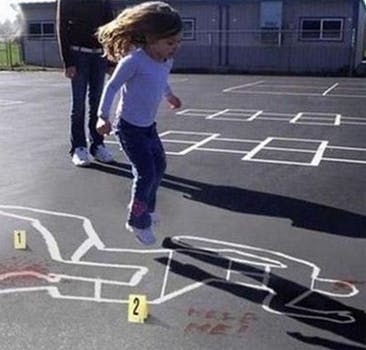 Look at This F*cking Hipster

The Tumblr: Look at this fucking hipster

The Book:  Look at This F*cking Hipster

Like People of Wal-Mart, Look at This Fucking Hipster is one of the first and most well-known spy-on-your-neighbors-while-skewering-social-class memes. It could have worn out its welcome years ago, when Honda shamelessly borrowed it for a car commercial, but it turns out making fun of hipsters is a gift that keeps on giving.

The Book: Stuff Hipsters Hate: A Field Guide to the Passionate Opinions of the Indifferent

Had enough hipster mockery? Hipsters strike back in this blog dedicated to hipsters passionately railing against things that piss them off—everything from Christmas music to preparing for natural disasters (in other words, probably everything that white people like). The blog itself hasn’t been updated in months, but no fear: the book is there to assist you with all your holiday hipster rants.

Does what it says on the tin: lots of photos of hot dudes and adorable puppies, kittens, and other cute little animals. 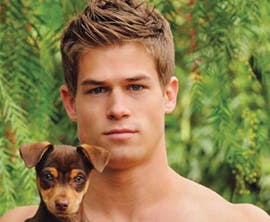 The Tumblr: Text From Dog

The Book: Texts from Dog 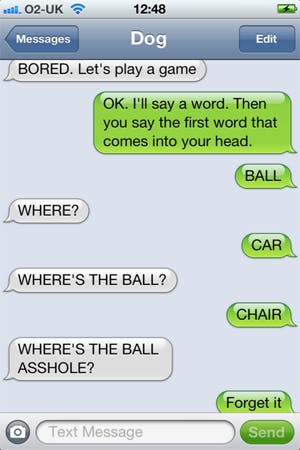 Oh, wait, did we say we were done making fun of hipsters? We lied. 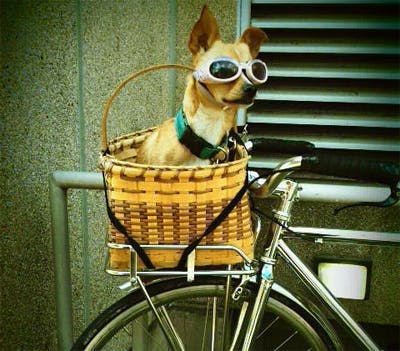 The Tumblr: Maddie the Coonhound

The Book: Maddie on Things: a super serious project about dogs and physics

This photo blog-turned-book isn’t out til April, but in the meantime you can cheer yourself by enjoying the wildly popular Tumblr full of pictures of what may be the world’s most photogenic hound. 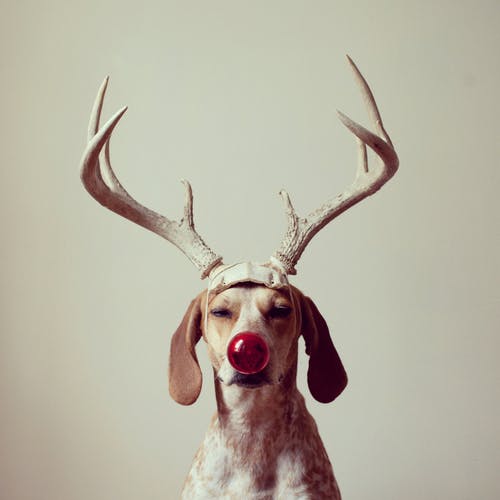