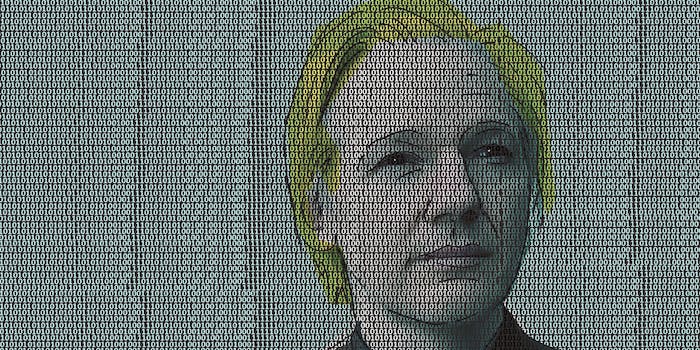 Thanks for the two-day advance, WikiLeaks.

A shocking new document revealed by WikiLeaks Tuesday shows that an international Internet governance meeting is… going fine, and is right on schedule.

WikiLeaks brought the leaks with considerable fanfare, teasing the document with hours of slightly varied “please stand by” tweets. 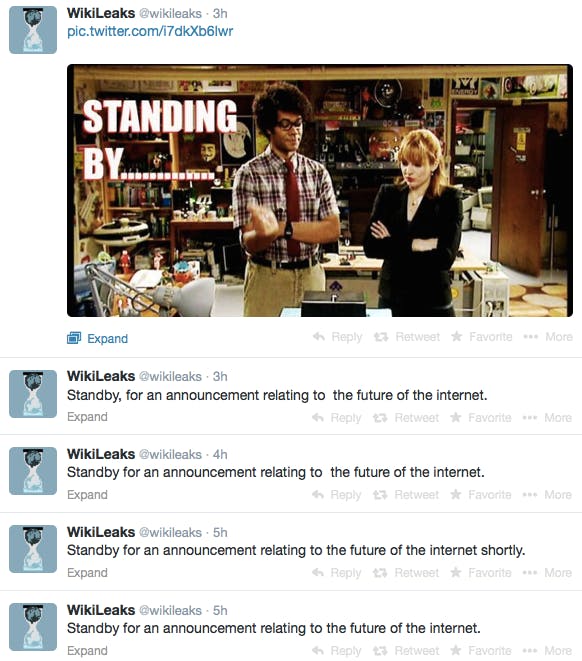 So, why did WikiLeaks think it necessary to troll Twitter for hours to get people talking about its latest leak? We still don’t know. But if you were confused what that leak was, or why it seemed important, we’ve got the answers right here.

So what is this document?

It’s a draft of a summary of 188 different government and civil society groups’ proposals about the future of the Internet. It’s for a Brazil-based meeting called NETmundial.

Sorta. In September, Brazilian President Dilma Rousseff slammed revelations about the National Security Agency’s spying practices as a “breach of international law.” A few weeks later, those Internet governing organizations issued a statement from Montevideo, Uruguay, which “called for accelerating the globalization of ICANN and IANA (Internet Assigned Number Authority) functions, towards an environment in which all stakeholders, including all governments, participate on an equal footing.” Some read that as saying the U.S. is spying on everyone, so let’s hurry up and lessen their ICANN authority.

That sure sounds like trying to reduce the U.S.’s ICANN power.

Only a single paragraph in the document even alludes the NSA. But more to the point, “the issues that [NETmundial are] dealing with are not meant to be related at all to NSA surveillance,” Deborah Brown, Senior Policy Analyst at the digital freedom group Access, told the Daily Dot.

And it’s been a long time coming, she said:

The decision to transfer function away from ICANN was decided in 1998, and has only been announced to be implemented now. That [Montevideo] statement, this meeting, the technical bodies just announced that they want this to happen sooner rather than later, before the end of 2015. We see it as the U.S. fulfilling its commitment, and doing so in a way as to have more control over the process than if it didn’t take a proactive position on this.

Is there anything shocking in the document?

No. “The document is pretty good,” Carolina Rossini, Director for International Rights and Affairs at Public Knowledge, told the Daily Dot. “But I think the signal of it being released now is, it pushes for no last-minute, bad changes,” like a recommendation that could hurt net neutrality.

If WikiLeaks hadn’t leaked this document, when would we have seen this information?

Thursday. That’s when the finalized version was scheduled to go public. We got a two-day head start.

Photo by Mataparda/Flickr (CC BY 2.0) | remix by Fernando Alfonso III