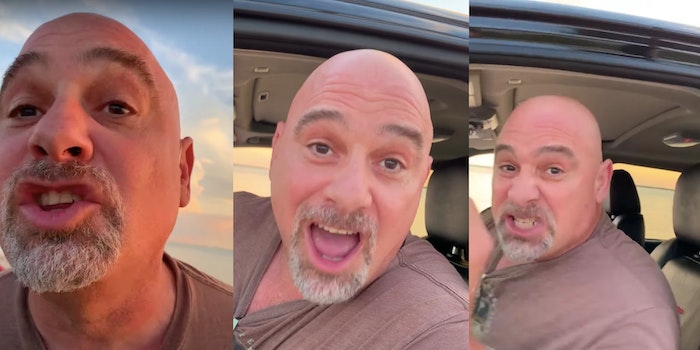 'Look at this little d*ke.'

A video that found its way to Reddit shows a fragile Trump supporter yelling homophobic slurs at a young woman at the beach.