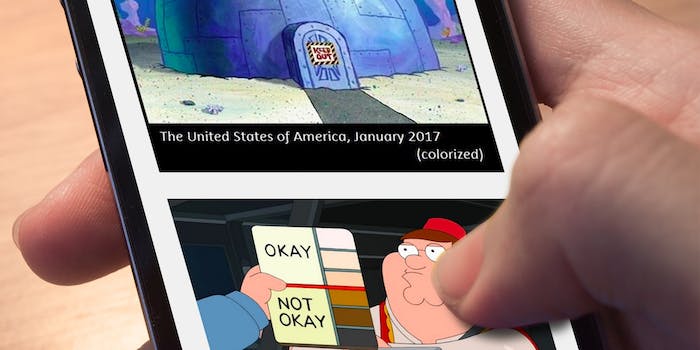 With the exception of some lingering pro-Trump content, memes have been a largely apolitical sphere since the 2016 presidential election ended.

While the world watches President Trump take his first steps into government, shitposters are arguing about Lamb Sauce and John Lemon. But some real-world issues are big enough to penetrate the meme world’s carapace of irony and disengagement, and Trump’s executive order targeting immigrants from seven countries is one of them.

While protestors gathered in parks and airports around the U.S., the meme-o-sphere was ginning up its own kind of commentary on Trump’s first step toward the Muslim ban he campaigned on. Trump Deportation Memes approach the situation with the dark humor we’ve come to expect from the danker parts of the internet: 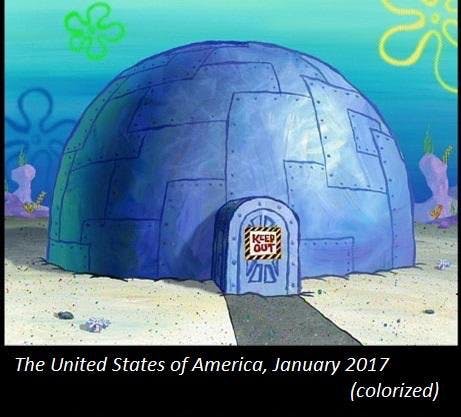 These are variations on the Spongebob History meme, which combines the children’s television program Spongebob Squarepants with dark moments in human history, often involving World War II, the Holocaust, or the Sept. 11 attacks. Now, we can add Trump’s executive order on immigration to that infamous list.

Trump deportation memes aren’t just Spongebob, though. This Family Guy example made it to the front page of Reddit over the weekend. 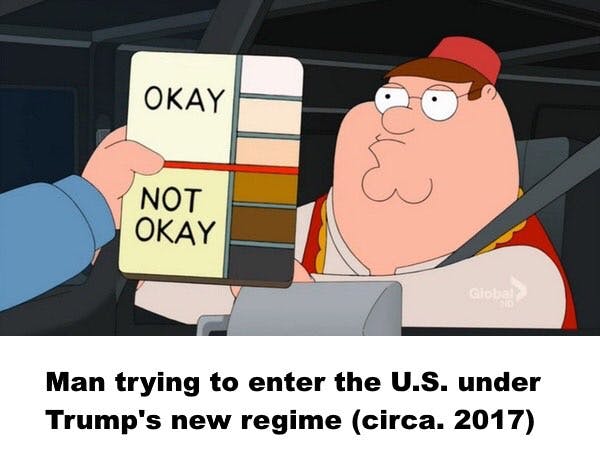 Meme speculators on Reddit’s meme economy subreddit have high hopes for Trump Deportation memes, because anything Trump touches, no matter how negative or unpopular, seems to turn to meme gold.

“Trump is the greatest driving factor in the meme economy since the invention of Pepe,” wrote one poster.

Be aware, though, that single-issue political memes don’t tend to have much staying power. We saw during the 2016 election, and we’re continuing to see during the Trump administration, that the viral internet will quickly shift to cover the latest shocking thing Trump says or does. It’s difficult for any one Trump-related issue to stick for more than a couple of weeks.

And political memes in general are volatile, because they quickly reach the mainstream—known to memers as “the normies”—and lose their air of exclusivity and “dankness.”

“Political memes are extremely delicate, interest drop is huge once it hits the regular pleb target,” wrote one meme_economy poster.

Expect to see some IRL Spongebob protest signs as the fight over immigration continues.