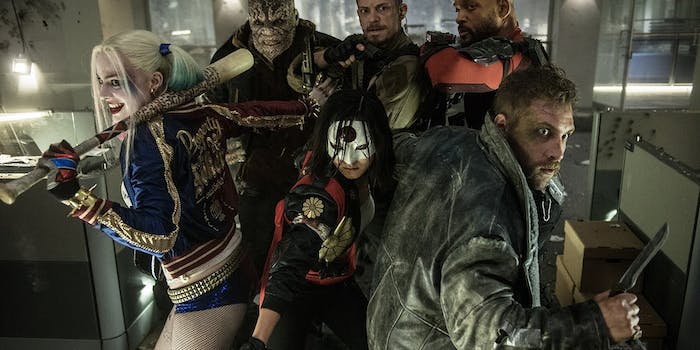 The one thing wrong with this season’s ‘True Detective’ cast

It's beginning to look a lot like last year.

With the year coming to a close, we are once again on the precipice of lists and articles about the best movies, music, and everything else from 2014. In the realm of television, it wouldn’t be a stretch to conclude that True Detective was the best show of the year. Between the way it redefined what literary allusions, Internet fandom, and cinematic storytelling could bring to the medium, it would at least be fair to say that if True Detective is not the most important television program of 2014, it’s probably the runner-up.

So why does the show’s second season already feel like a failure, months before it’s even premiered?

Well, for one thing, it’s dropping the “one director, one season” model that helped make it so successful in its first year. For another, rumors have been swirling around for awhile now that creator Nic Pizzolatto is rather hard to work with. More than anything though, it’s the show’s casting process that’s had most fans worried.

Well, almighty HBO be praised, because at long last, the final lineup is here. This week, it was officially announced that Taylor Kitsch, Rachel McAdams, and Kelly Reilly would join previous additions Colin Farrell and Vince Vaughn (Kitsch was basically a given already, since he indicated he would be joining himself last month).

Character descriptions describe their parts thusly: Farrell will play Ray Velcoro, “a compromised detective whose allegiances are torn between his masters in a corrupt police department and the mobster who owns him.” Presumably, said mobster will be played by Vaughn, in the role of Frank Semyon, “a man in danger of losing his criminal empire when his move into legitimate enterprise is upended by the murder of a business partner.”

Meanwhile, Reilly will play Jordan, Vaughn’s wife, “a former D-list actress who is an active partner in the criminal enterprises run by her husband.” Rounding out Vaughn’s criminal apparatus is Kitsch, who will take on the role of Paul Woodrugh, “a war veteran and motorcycle officer for the California Highway Patrol on the run from a difficult past.” And finally, McAdams will be playing Ani Bezzerides, “a Ventura County Sheriff’s detective whose uncompromising ethics put her at odds with others and the system she serves.”

The Internet has never stopped being obsessed with True Detective, but in theory, this lineup should put a stop to much of the rampant speculating that’s been going on about the show for months now. Yet, something still seems incomplete about this ensemble. Perhaps it’s that, despite all the submissions for #TrueDetectiveSeason2, the cast will no longer revolve around the pairing of two detectives specifically.

And surely, the acting prowess of leads Woody Harrelson and especially, of Matthew McConaughey, as well as their chemistry together, helped to make the show so singularly great. Without question, they would’ve been hard to live up to no matter who came onboard for season two. The next season’s ballooning ensemble, on the other hand, has caused concern among many, who are unsure of whether it will be able to sustain so many big stars.

But the real reason why the ultimate casting announcements for True Detective: Season Two are a bit of a letdown is because the show looks as if it has backtracked on improving its female characters. While Pizzolatto hinted earlier this year that the next season of True Detective would correct this, he’s since taken steps away from doing just that. Which is unfortunate, both for True Detective fans, and fans of good TV everywhere.

McAdams and Reilly are both talented actresses, and casting either of them would’ve been a good choice no matter what. Yet the frustrating element here is that initial rumors indicated that season two of True Detective would be more female-driven, rather than merely including several female characters are part of a larger ensemble. As of now, there are more men in the main cast than women.

This doesn’t necessarily have to be a problem, but where it might turn into one is if the show takes a similar route as it did in the first season. That is to say that all the female characters that were included in the show not only took a backseat to the masculine ensemble, but lacked even a hint of the depth that was given to their male counterparts.

This has obviously been discussed to death, most famously by New Yorker TV critic Emily Nussbaum, in her damning review of season one. “To state the obvious,” writes Nussbaum, “while the male detectives of True Detective are avenging women and children, and bro-bonding over ‘crazy pussy,’ every live woman they meet is paper-thin. Wives and sluts and daughters—none with any interior life.”

For what it’s worth, as Maggie, the wife of Woody Harrelson’s Detective Marty Hart, Michelle Monaghan did an excellent job with what she was given. But she certainly wasn’t given a lot, and she had by far the largest, most developed part of any woman on the show last season.

Speaking of wives, there’s something slightly disconcerting in the fact that the description of Reilly’s character defines her mainly as the spouse of Vince Vaughn’s. That’s not to say that the role of the spouse can’t be compelling under the right circumstances. But all too often, a main character’s significant other, especially in the case of women, are largely defined by who their partner is.

This was the biggest problem with Maggie in season one; her character’s primary purpose was to stand in contrast to both her husband, and Matthew McConaughey’s Detective Rust Cohle. Again, the very act of contrast can be interesting. Part of what made the dynamic between Hart and Cohle so fantastic was the way they both juxtaposed and paralleled each other. But the role of the spouse as a character written to prop up their husband or wife, and the rest of the ensemble, is always somewhat of a thankless job.

Moreover, it’s hard to imagine that a male actor would’ve been singled out for playing someone’s husband the way all early press descriptions of Reilly’s character have identified her as Vaughn’s wife first, and everything else second.

For instance, has anybody referred to this season’s The Mysteries of Laura (which is, in all fairness, a completely different show than True Detective) as a Debra Messing and Josh Lucas show? No, because it’s Messing’s vehicle, and Lucas plays her husband. Nobody is trying to sell his character as being more important than he is, because people only try to sell the role of the spouse as a big deal when women are involved. Because being the wife should be “enough” for a woman.

To be sure, Reilly’s Jordan Semyon could end up being a meaty role yet. That her character is described as taking an “active” role in her husband’s criminal network is a good sign. But this still indicates that Jordan will play second fiddle where Vaughn’s Frank is concerned.

As for McAdams, one hopes that as the other detective in True Detective, along with Colin Farrell’s Ray Velcoro, she will have just as big a part to play in the thrust of the season. Because more often than not, when it comes to crime shows, the female leads are there to ride shotgun to the men. This is evidenced in everything from characters on standard network procedurals, like Sophia Bush in NBC’s Chicago P.D., to characters on grittier, more groundbreaking fare, like Caroline Dhavernas on NBC’s Hannibal (Dhavernas’ character is technically a doctor, though she works with the FBI; also—spoiler alert—she may not be back next season.)

The exception would’ve been FX’s Fargo, where Allison Tolman’s Officer Molly Solverson (a kind of spiritual companion to Frances McDormand as Marge Gunderson in the movie the show is based on) proved to be tougher, smarter, and more capable than any of the men she worked with. Unfortunately, Fargo kind ruined that in the finale, when Molly (to use another car analogy) put Molly in the back seat and handed the wheel to her husband.

Occasionally, a character will come along like Olivia Benson on Law & Order: SVU, as played by Mariska Hargitay. Hargitay has come to define what SVU is, even more so since her partner Detective Elliot Stabler, played by Christopher Meloni, left the show. But a far more typical version of the female cop on television is Debra Messing on The Mysteries of Laura, who is defined by being equal parts mother and working professional. Granted, playing a mother can make for an interesting character in and of itself; mothers are important, after all. However, when you return to double standards, it’s much harder to imagine a show about a male cop where his role as a father is as much what defines him as anything else.

TV’s new “golden age” has been a mixed bag for women and crime shows. It’s produced some great characters, but arguably, not enough. In short, for every twelve brilliant but tortured John Luthers, of the series which bares the same name, there’s only about one female cop as interesting as, say, Prime Suspect’s Jane Tennison. And those are both English shows; this holds doubly true in America.

It’s not hard to surmise that the reason for this is because there are more men in law enforcement than women in real life, too. However, that’s also why it’s essential that we see female cops on TV: The fact that they are in a minority makes their stories more interesting.

On the flipside, not all female cops have to be representative of their entire gender. This was why a True Detective with two female leads might’ve been the best outcome of all. Think about Kate Mara and Ellen Page’s True Detective parody, Tiny Detectives. What made the short so great was that it put two women together onscreen, as cops, and didn’t make a big deal out of it. Yeah, it was intended to be funny, but the joke was on their height, not on their sex. Sadly, crime shows and beyond get away with doing the bare minimum in including female characters, because the bar is set so low. And that doesn’t only make for bad politics, it makes for bad TV.

This is why we have to hope True Detective ups the ante for McAdams and Reilly’s screen time in season two. It’s not all about appeasing the gender gap, it’s about creating quality, lasting television. “Asking that the time a show like True Detective spends on women be sharper isn’t some sort of attempt to redistribute the precious minutes of prestige television in service of some notion of artistic justice,” states Think Progress’s Alyssa Rosenberg. “It’s a gesture of respect, an attempt to hold the show to the standards of seriousness its set out for itself… And it’s a reminder that on television, as in life, what’s good for men and what’s good for women doesn’t have to be a winner-take all proposition.”

True Detective is, without a doubt, not the only show out there right now to have problems with its female characters. The difference is that True Detective made a name for itself by being profoundly different than any other show on television. For it to continue to be a trailblazer, however, it needs to embrace women as being more than their male counterparts’ sidekicks. True Detective may be just about the best show of 2014, but it won’t be one of the best shows of any other year if it doesn’t start giving its female characters some more agency.