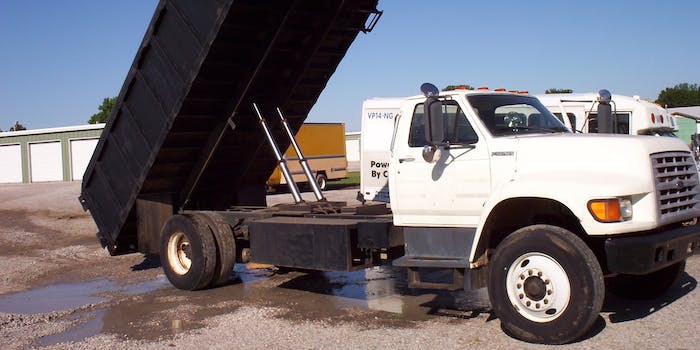 Most of us have accidentally left things on our car roofs from time to time, but how on Earth did a truck driver manage this?

Not only did he leave the back of his truck up, he drove onto the highway without any access to his rearview mirror and got far enough to smash into a highway sign. While the signs are high enough that most vehicles don’t worry about hitting them, there was no way this guy was going to make it—yet he went for it anyway.

We’re just as baffled as you are.

Photo via Dakil Auctioneers/Flickr (CC BY 2.0)