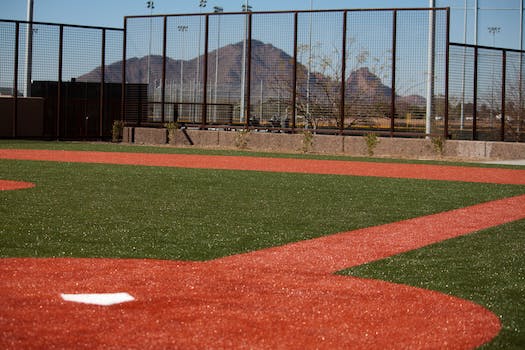 When a sport doesn't evolve, it dies.

Deep in the heart of Ohio (apparently the home state of sports pranks) high school kids were up to no good late Friday night:

The teens planted a tree directly between home plate and the pitcher’s mound on Franklin High School’s baseball field on the eve of the team’s doubleheader with Dixie High School. No suspect has been apprehended as of yet, though the school’s senior class has denied responsibility, saying they have something else planned for later in the week.

Whatever they have planned won’t be better than this.

Sure, a tree planted directly between the pitcher’s mound and home plate seems like a problem on its face. To these eyes, however, it’s a way of making high school baseball far less boring. If, at the professional level, the Houston Astros can drop a flagpole on a hill in dead-away center field, why can’t Franklin High School have a tree in the middle of the infield?

You may protest: “It’s harder to pitch around a tree than field around a flagpole, idiot,” and you’d be right. But that doesn’t mean we shouldn’t see a team try. This is an athletic challenge easily solved in one of two ways.

You can go around it with a slider like this one from Randy Johnson:

Or you go over the top with an eephus, like this one from Kazuhito Tadano:

Or, if you want to be boring, you just remove the tree and start the games on time. That’s what Franklin High School’s groundskeeper wound up doing. The team got in their doubleheader, but we’re all left wondering what could have been.

Photo via Dru Bloomfield/Flickr (CC BY 2.0)