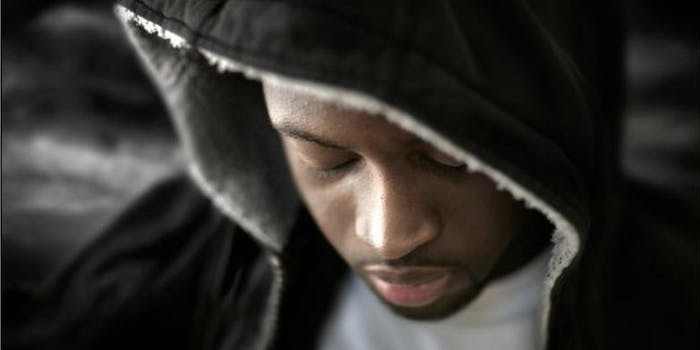 The Miami Heat basketball team donned black hoodies on Twitter in a gesture of solidarity.

There was plenty of raw outrage—but some high-profile Miami Heat stars found a quieter way to make a statement that was unique to the medium.

Martin was walking in in a Florida neighborhood, unarmed and a wearing a black hoodie, when he was shot by George Zimmerman, a neighborhood watch captain.

After Rivera’s comments circulated, star point guard Dwyane Wade changed his Twitter profile picture to an image of himself, wearing a black hoodie, his head bowed.

He tweeted the image with no text save three hashtags: #hoodies, #stereotype and #trayvonmartin.