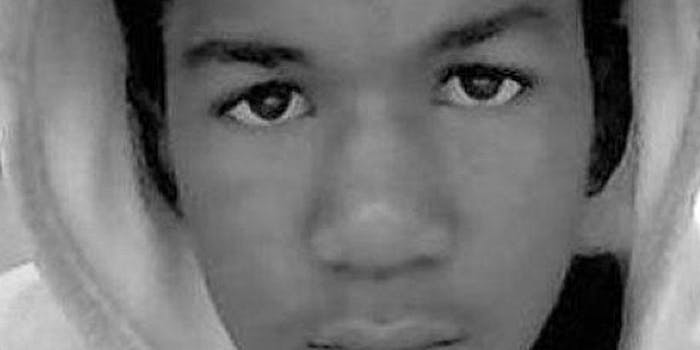 The policeman fired for using a target showing Trayvon Martin during a drill has taken to YouTube to profess his innocence.

The policeman dismissed for using a target showing Trayvon Martin during a firing drill has taken to YouTube to profess his innocence.

According to him, the targets were meant to serve as an example of a “no-shoot” situation, not get local authorities shooting bullets at the martyred minor’s likeness.

Ron King, a recently dismissed Port Canaveral, Fla., native with 25 years of service on the city’s police force, was fired Friday for bringing a controversial set of shooting targets to a local law enforcement gun range for team target practice.

The targets depicted a faceless male silhouette wearing a hoodie with two hands in his pockets, a description that reads a lot like 17-year-old Trayvon Martin’s on the night that he was shot and killed outside his Sanford, Fla., home last March.

Martin has become an iconic figure in racial profiling and gun-control debates since then, with much of the conversation playing out online.

A picture of one of the targets at the range made its way online after a fellow policeman snapped a photo of the set, sparking backlash and eventually leading to King’s dismissal from his Port Canaveral post.

He took to YouTube a few hours later to state that the allegations surrounding his use of the targets were entirely untrue.

“The target was something I viewed as an example of a no-shoot situation,” King said. “While others have used it as a novelty, I view it as a tool for scenario-based firearms training.

“The only stupid act I performed was to believe that some of my co-workers would be mature enough and care enough to use a bad situation as a learning tool.”

King closed by addressing Trayvon Martin’s family, who had previously spoken out against him via their attorney, saying that his actions were “reprehensible.”

“To the Martin family, I would like to apologize again for those law enforcement officials that chose to use your son’s death as an element of their personal and political gains,” he said. “I assure you that the use of these targets that are in question is to prevent a tragedy from taking place.”