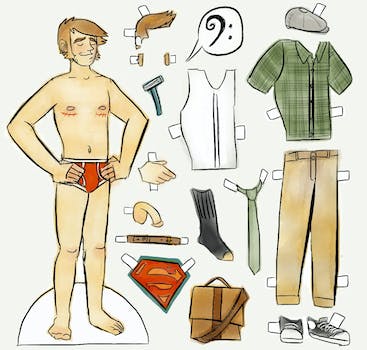 For Transgender Youth, a home on Tumblr

By answering a series of questions, dubbed the "30 Day Trans Challenge," Tumblr users have found a safe place to discuss issues of gender and identity.

Lucas Fabray was 22 years old when he realized that he was born in the wrong body. It happened at the grocery store. Fabray, who was born and raised as a girl, began looking at the older women around him. “They were casually pushing carts, holding their baskets, sorting coupons … and I realized that I didn’t want to grow old as a woman,” he recently wrote. “It was just then I realized that I wasn’t in the right form, and that I had to do something about that.”

That was in 2002. The Internet had already become the predominant research tool for people of Fabray’s generation, but it was, well, limited. Once back at home, Fabray started looking up terms like “transgender,” “female to male,” and “gender identity disorder.” What he found was educational—but foreign. “There were these few guys that were out there that had these sort of super masculine names: Hudson. Alpha Dog,” he recalls. “They were like the forerunners, and they wanted to give back and make some awesome resources. And they’re awesome! But they scared the hell out of me.”

Fabray says that at that age, he wasn’t ready for surgery or hormones—and he wasn’t sure he ever would be. Living as an “alpha dog” seemed almost as alien to him as living out his life as a woman. And yet, 10 years later, the Web no longer presents such limited answers. To the contrary, it’s become a place that reflects how complex, fluid, and nuanced we now understand gender to be.

Fabray’s story about the grocery store is his answer to the first question—“When did you realize the term transgender referred to you?”—on something called the “30 Day Trans Challenge,” a questionnaire first posted on Tumblr in the fall of 2011, though it had appeared elsewhere on the Web before that.

The idea behind the challenge is simple: Participants answer one question about themselves each day over the course of a month (or thereabouts). In this variation, aimed at people who identify as transgender, the questions run the gamut: technical (“What is your binding choice and why?”), logistical (“Bathrooms”), legal (“How do you feel about the trans laws where you live?), personal (“Have you ever been outed?”), and profound (“How do you manage dysphoria?”).

The answers are no less varied — both in substance and style. Some respondents knew their gender identity was in question from the moment they were conscious of gender itself, while others wrestled with it until they were young adults. Some say they are both transgender and transsexual; others call themselves straight or gay. And while most respond to each prompt with text, there are variations to that, too — Fabray with original art, others with video responses, often alongside updates on the way their bodies have responded to surgery or hormone treatments.

Taken as a whole, the blog confessions show that the transgender experience is far from singular — instead, it is as diverse and multifaceted as the human experience itself. Which, according to advocates in the field, is exactly why projects like this have value. “Everyone’s experiences are going to be different, obviously, but the more you hear about others, the more easily you will be able to navigate your own,” says The Gay & Lesbian Alliance Against Defamation’s Aaron McQuade. “The more educated we can make people about a [group] that our society has been grossly uneducated about forever, the better it is for everyone.”

According to the Transgender Law Center, between 2 and 5 percent of the population is transgender; and McQuade says that just 7 or 8 percent of Americans know someone who identifies as such. But the population has been more visible in recent years—competing in beauty pageants alongside biologically female contestants, appearing on reality television, and modeling in the pages of glossy magazines. Earlier this month, the American Psychiatric Association’s Board of Trustees announced that it would replace Gender Identity Disorder with the less-stigmatizing “gender dysphoria” in the next edition of the DSM; the University of Iowa also announced that it would add questions on sexual orientation and gender identity to its application forms, a move praised by LGBT advocacy groups.

For McQuade and others, some of this increased acceptance is directly related to people sharing their stories—online and elsewhere. He says projects like the challenge, and another called “I Am: Trans People Speak,” are powerful ways of speaking not just to young people wrestling with their own identity, but also to their friends, families, classmates, and coworkers.

For Fabray, though, the process has been just as much about taking the time to reflect on his own experience as it has been about sharing his story with others. Because he creates a drawing to accompany each response, he says the question it is intended to answer “sort of permeates the entire process.” “I kind of wrestle with myself,” he says. “It’s a really good process to be able to pause and ponder what you’re doing.” Sometimes, he’ll get questions or responses from readers who recognize their own stories in his. And occasionally, a reader will challenge him on an answer, forcing him to reconsider his own thinking.

“Tumblr is just the place where people are talking about identity,” he says. “You see that you’re not alone. You’re not weird. You’re having feelings that can be out there and in forms that are celebrated. That is awesome.”