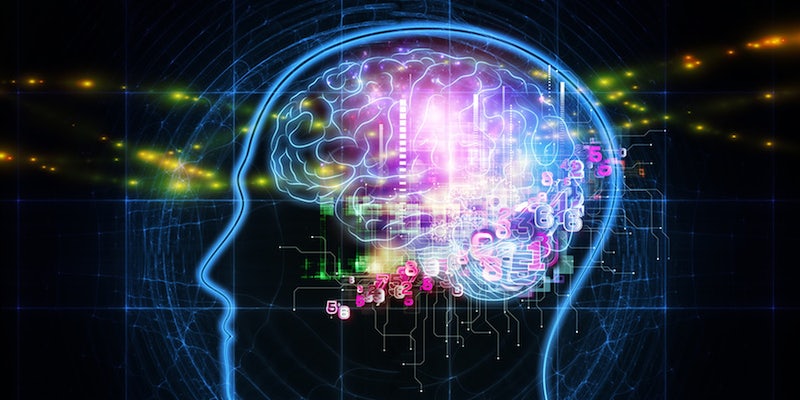 Here's what you need to know about singularity.

This Friday, a movie called Transcendence will arrive in theaters. Directed by Christopher Nolan’s go-to cinematographer, Wally Pfister, and penned by first-time screenwriter Jack Paglen (whose script appeared on the infamous Black List), Transcendence is being sold as Hollywood’s next sci-fi epic. So far, reviews haven’t been kind (although they’re still rolling in), and box office predictions have been tepid.

The movie follows Johnny Depp’s Dr. Caster’s journey from being fatally shot to uploading his mind into a supercomputer, where he achieves the all-knowing, all-powerful state he’s only dreamed about before. But whether Transcendence ends up being the movie of the year or another Nolanesque piece of genre silliness, the concept that gives the film its title is something we need to consider—because this time, these ideas are real.

Transcendence is based directly on the principle of singularity, the moment when technology surpasses humanity. In fact, Dr. Caster, the film’s protagonist, even states as much in the trailer, asking an audience to, “Imagine a machine with the full range of human emotion. It’s analytical power will be greater than the collective intelligence of every person in the history of the world. Some scientists refer to this as the singularity. I call it Transcendence.”

Over the years, the biggest proponent of the singularity has been noted author, scientist, and futurist Ray Kurzweil, who freely acknowledges that, “Science fiction is the great opportunity to speculate on what could happen.” Although a notorious eccentric, Kurzweil’s thinking has led to numerous technological innovations over the last few decades. Recently, he partnered with Google (yes, Google) in their efforts towards “using techniques of deep learning to produce an artificial brain.”

Ray Kurzweil’s most famous work, The Singularity Is Near: When Humans Transcend Biology, defines the singularity as, “the union of human and machine, in which the knowledge and skills embedded in our brains will be combined with the vastly greater capacity, speed, and knowledge-sharing ability of our own creations.” It goes on from there:

“That merging is the essence of the Singularity, an era in which our intelligence will become increasingly nonbiological and trillions of times more powerful than it is today—the dawning of a new civilization that will enable us to transcend our biological limitations and amplify our creativity. In this new world, there will be no clear distinction between human and machine, real reality and virtual reality. We will be able to assume different bodies and take on a range of personae at will. In practical terms, human aging and illness will be reversed; pollution will be stopped; world hunger and poverty will be solved. Nanotechnology will make it possible to create virtually any physical product using inexpensive information processes and will ultimately turn even death into a soluble problem.”

A lot of this sounds like stuff you might hear in a college apartment late at night after passing around too many joints. But if science fiction is, in fact, “the great opportunity to speculate on what could happen” as Kurzweil says it is, then it’s worth taking note of what movies have to say about the future.

Transcendence isn’t the first film to try to distill Kurzweil’s ideas. Last year’s Her saw operating system Samantha experience the “full range of human emotion” described in Transcendence. However, it also saw her become distant from her human counterpart, Theodore, as she began to process knowledge at the rate of unstoppable speed described by Kurzweil.

Kurzweil sees the singularity as a means of stopping illness, aging, and ultimately death, leading to a paradise where human and machines become one in the light of almighty tranquility.

But while he clearly sees this future as the best possible outcome for mankind, it’s hard not to also be a bit terrified by these possibilities. Because when you take away humanity’s flaws, are we even still human?

At it’s heart, what made Her work was that it was a love story between two very relatable characters. But it was ultimately their inability to relate to each other that tore them apart. Samantha went from being human, to beyond human. In the end, she still had the capacity to love, to feel, but it was overwhelmed by the need to become more, to become omnipotent; in essence, to become perfect.

Before we all freak out, it’s worth being aware that there is a lot of singularity skepticism out there. For instance, when asked about Ray Kurzweil, famous linguist, activist, and MIT (Kurzweil’s alma mater) professor Noam Chomsky dismissively said,

“Ray Kurzweil made some useful devices… He develops elaborate speculations about what might happen. If people find that stimulating, okay. I don’t particularly. I don’t see any particular achievement there… It’s science fiction. I don’t see any particular reason to believe it. If you want to play games with it, okay… the reference to machines is a reference to programs… What’s a program? A program is a theory; it’s a theory written in an arcane, complex notation designed to be executed by the machine. What about the program, you ask? The same questions you ask about any other theory: Does it give insight and understanding? These theories don’t. So what we’re asking here is: Can we design a theory of being smart? We’re eons away from doing that.”

This is what the biggest argument against the singularity stems from: even if by some miracle we’re eventually able to design artificial intelligence that’s capable of learning on it’s own, we’re years and years away from getting there.

But whether the singularity is nigh or not, it’s still an idea that holds weight in the world we live in. You can choose to believe that science fiction is an indicator of the future like Kurzweil does, or that it’s just fiction, like Chomsky, but either way requires you to think about the possibilities.

Technology dictates most people’s lives in one way or another. We believe we have control over it, yet we need it to function on a daily basis, giving it almost symbiotic power.

As far as Transcendence goes, your opinion may stem from whether you feel that science fiction has any real bearing on science and technology. You might think it’s good or bad, but if Kurzweil’s ideas are as alarming to you as they are to many, it might also be the scariest movie you see this year.

Photo via Saad Faruque/Flickr (CC BY 2.0)