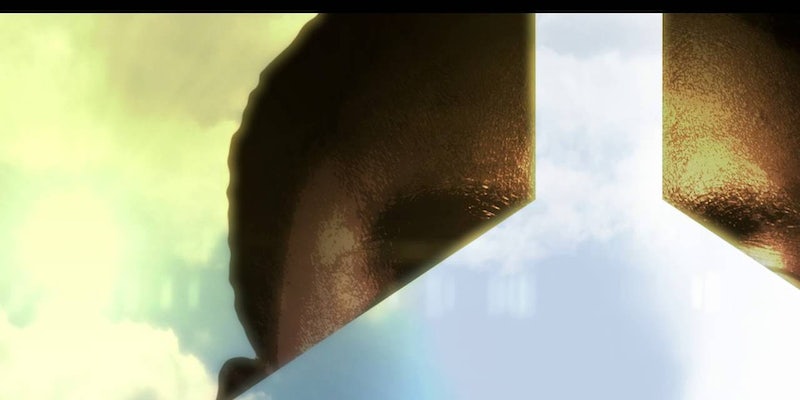 The Internet's 'It Girl' has her Hollywood moment.

If anything, Judd Apatow’s Trainwreck lives up to its title.

Internet superstar Amy Schumer’s first starring role—as well as her debut screenplay—is 30 percent of a huge mess: The movie is bogged down by extraneous scenes, and many of them run on for far too long. Do we really need an extended celebrity powwow—with an assist from Ferris Bueller—to tell the hero to go get the girl? How about an extraneous scene of LeBron James and Bill Hader playing basketball—or two scenes of Amar’e Stoudemire having knee surgery?

But befitting a film about an unrepentant partier struggling with adulthood, there’s more to Trainwreck than its penchant for Apatowian excess. In a time when the romantic comedy is all but dead as a Hollywood genre, Schumer breathes new life into the format by upending tired tropes about relationship-hungry, lonely women and the charming cads who learn to love them. By inverting the formula, she gives us what might not be the best comedy of the year—but it’s certainly the most important.

In the mid-2000s, Matthew McConaughey made his name as cinema’s “lovable misogynist” du jour, a flawed guy who just needs to meet Jennifer Garner to learn the error of his ways and settle down (see: The Ghosts of Girlfriends Past). The McConaughey type loves booze and meaningless sex, whereas his female mate is high-powered but vaguely unhappy, as if corporate success has rendered her vagina all but inaccessible, like a remote jungle one can only access by private plane. Gerard Butler played a version that guy in The Ugly Truth, while the success of Fifty Shades of Grey made the sexy commitment-phobe into your mother’s BDSM fantasy.

Trainwreck instead lets Amy Schumer have her own McConaissance by giving her all the power in her relationships. Schumer casts herself as “Amy,” a relationship-averse woman who is strikingly similar to her established standup persona. Amy smokes a lot of weed, drinks hard, and revels in the pleasures of casual sex. She’s down for anything, except letting him sleep over afterward. In letting her call the shots in her relationships, Trainwreck foregrounds female pleasure in a way that would feel revolutionary if not for Inside Amy Schumer, which treads much of the same territory.

On top of a wonderfully astounding number of jokes about cunnilingus—in an industry notoriously averse to recognizing that women have orgasms, too—the film wholeheartedly embraces the female gaze. WWE star John Cena is cast as Schumer’s meathead sex partner, who she describes as like “f**king an ice sculpture.” Whereas her own body isn’t presented in a sexualized manner, the camera lingers on his naked, chiseled torso. In a later scene that takes place at the magazine where Amy works, two shirtless men are added to the background of a photo spread as decoration.

Trainwreck exists in a world where men, thus, are treated like the female characters in every movie. Whereas Amy and her best friend avoid dealing with their feelings, Hader plays Aaron Conners, a sports doctor who is definitely the cuddling type. His best friend is LeBron James (the film’s most inspired cameo), and the pair spend the movie dissecting their relationships in a way that wouldn’t feel out of place for the women of Sex and the City. In a memorable scene, James corners Amy at a basketball game to ask what her intentions are with Aaron, like she’s the high school quarterback picking up his daughter for a date.

While the title might suggest that Schumer’s screenplay looks down on its lead character’s behavior, it’s not Amy’s binge-drinking or promiscuity that’s presented as a problem. She’s never forced to apologize for her “past,” like a “ruined woman” in a ‘50s Western. Amy’s problem isn’t sex or booze but the way she continues to use them to distance herself from those around her. Her sister (Brie Larson) is grieving the recent passing of their father and needs support. Instead, Amy uses his funeral to implicitly blame her sister for his death; she has nothing to offer but inflicting more pain. As they say, hurt people hurt people.

Trainwreck shows modern dating for what it really is—messy, confusing, and a little bit painful. But in inverting gender roles, Amy Schumer’s goal isn’t to show that women can do everything men do. It’s to show the fictive nature of our limiting idea that men are from Mars and women are from Venus. “A lot of people have asked me if I intended to kind of flip the gender roles like I’m playing the guy, and that’s not been my experience at all,” Schumer said, “This is how I am and how a lot of girls are, where the guy ends up being a little more sensitive and more invested.”

This is particularly important in mapping out the future of the rom-com, as a genre too often derided for only appealing to women (e.g., “chick flicks”). But in the packed theater where I saw Trainwreck on opening night, most of the most enthusiastic guffaws came from the men in the audience. Amy Schumer has been applauded for presenting female viewers with a “modern chick”—to borrow Schumer’s phrase—that’s deeply relatable to the way the women live their lives. But if we’re all being honest, there’s a lot for everyone to love in Trainwreck, flaws and all.