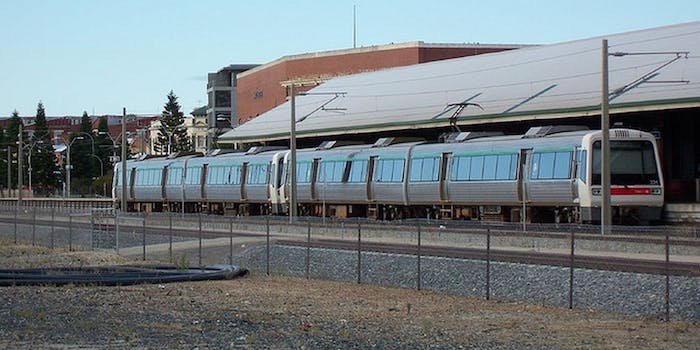 Commuters unite to free man stuck between train and platform

And everyone had a great excuse for being late to work.

An Australian man who had a slight mishap boarding a rush-hour train got a helping hand—well, quite a few hands, really—from dozens of commuters whose travel he delayed.

Mind the Gap !!, Stirling Station this am @Transperth pic.twitter.com/p0uKvltadf

Finding it impossible to extract his leg from the gap he should have been minding, other passengers and transport personnel hit upon a collaborative solution, pushing the side of the train car until it tilted enough to release the appendage. Check out that focused teamwork!

Had this happened in New York’s subway, of course, the guy would still be there, covered with garbage tossed by indignant straphangers on their way upstairs to hail a cab.